‘We were in disbelief’: Long-missing women reunited with families

CLEVELAND (CNN) -- When three women missing for about a decade turn up in your neighbor's house, little quirks look a little different.

That's what some neighbors of a fired Cleveland school bus driver said Tuesday, a day after a woman's screams led to the arrest of 52-year-old Ariel Castro and his two brothers -- and freedom for Amanda Berry and two other women, Georgina "Gina" DeJesus, 23, and Michelle Knight, 32.

Each disappeared from the same Cleveland street -- Lorain Avenue -- three miles from the home in which they were found Monday. They were found when one of them broke out the bottom of a screen door and called for help Monday evening, startling a neighbor who came over and helped kick in the door.

Cleveland police and the FBI hailed Berry as a hero for her daring escape, while families who never gave up hope held emotional reunions with their long-lost relatives.

"We were in disbelief," said DeJesus's brother, Ricardo. "We cried. We were shaking. We were just happy."

"I was just glad to be able to see her," he added. "It's been nine long years. I was just happy I was able to sit there and hug her and say, 'Yup, you're finally home.'"

A 6-year-old girl that police said is believed to be Berry's daughter was also freed.

Berry named 52-year-old Ariel Castro, 52, whom neighbors said had lived at the house for more than 20 years, in her call to police. Castro and his brothers, Pedro Castro, 54, and Onil Castro, 50. were in jail Tuesday afternoon, pending charges in the case, police said.

"We're following her lead," Tomba said. "Without her, none of us would be here today."

FBI agents in protective suits took a search dog into Castro's home Tuesday afternoon, and investigators towed a Jeep Cherokee and a pickup away from the home. Cleveland Police Chief Michael McGrath said evidence technicians may need several more days to go through the house.

No federal charges are expected, but state charges would likely be filed by Thursday, FBI Special Agent Vicki Anderson said. Anderson declined to discuss the conditions under which the women had allegedly been held.

'He didn't want nobody back there'

The predominantly Latino neighborhood, made up mostly of two-story frame homes, sits within sight of downtown. The gentrification that has spiffed up districts on either end hasn't extended to the blocks around Castro's home, where a number of houses are boarded up. But the churches in the neighborhood still ring the bells in their steeples, and the neighbors say they look out for one another.

Authorities and several neighbors say they had no prior indication anything suspicious was going on at the nondescript home on Seymour Avenue, where a Puerto Rican flag hung from the porch.

"This is a heartbreaking moment for us, because I'm always out there and I've never heard nothing -- no kind of noise come out of that house," said longtime neighbor Daniel Marti, a junior-high classmate of Castro's.

But after Monday's discovery, he said Castro always seemed to steer him away from the house when they talked: "Now that I think of it, he didn't want nobody back there."

And a few neighbors said they had called police in recent years after hearing yelling at the house and, in another incident, seeing a naked woman walking in the backyard.

Nina Samoylicz, who lives nearby, said she called police about two years ago after spotting a naked woman in the backyard of Castro's house. Samoylicz said when she called out to the woman, a man told the woman to get in the house, then ran in himself.

She said she had also seen tarps covering the backyard.

But Sgt. Sammy Morris, a Cleveland police spokesman, told CNN that the department had no record of a 911 call reporting a naked woman at Castro's address.

Another neighbor, Israel Lugo, said his sister got a bad vibe from the house and asked him not to let the children play unsupervised nearby. He said he heard yelling in the house in November 2011 and called police to investigate, but they left after no one answered the door.

Neighbors reported seeing the 6-year-old who left the home with Berry out playing sometimes at a neighborhood park. Lugo said he saw Castro at the park Sunday with a little girl and asked who she was: "He said it was his girlfriend's daughter."

But authorities never had any indications that the women were being held in the home or that anything suspicious was going on there, Cleveland Public Safety Director Martin Flask said. Neighbors had not provided any tips, he added.

Police had visited the home twice, authorities said Tuesday, once after Castro called about a fight in the street and another time to investigate Castro on an unrelated incident involving a child who had been left on a school bus.

The 2004 incident was the first of four exhibitions of "bad judgment" that led to Castro's November firing by Cleveland's school district, according to records released Tuesday night.

"He previously had been suspended for 60 days for leaving a child on a bus; 60 days for making an illegal U-turn in rush hour traffic with a bus load of students, and last school year for using the bus to do his grocery shopping," the letter recommending his dismissal states. His firing came after he had left his bus unattended outside a school after his preschool routes had been canceled, without notifying his dispatcher or depot.

Tito DeJesus, a bandmate of Castro's, said Castro had stopped by his house in the bus to pick up sheet music and musical gear before.

DeJesus said he had been inside the bass player's home once, about two years ago, to help deliver a washer and dryer he'd sold to the suspect and saw "a normal environment."

"It didn't seem to be a place where women were being held against their will," he said. "Of course, mind you, I didn't go throughout the entire house. I was just at the beginning of the house, in the living room, but it seemed normal."

DeJesus said he isn't related to the rescued Gina DeJesus but had known the family for years.

While little is known of what the women went through inside, Berry seemed to have seized the moment to escape when Castro left the house. When the 911 dispatcher told her officers would be on their way "as soon as we get a car open," Berry panicked, saying "No, I need them now, before he gets back."

She also indicated she had some knowledge of the outside world, or at least how much coverage her 2003 disappearance had received, telling the 911 dispatcher, "I've been on the news for the last 10 years."

Berry was last seen after finishing her shift at a Burger King in Cleveland on April 21, 2003. It was the eve of her 17th birthday. DeJesus disappeared nearly a year later, on April 2, 2004. She was 14.

Michelle Knight vanished on August 22, 2002, and her family reported her missing the next day, Flask said. She was 21.

The three women and the child were released Tuesday from the hospital where they had been taken for evaluations, a spokeswoman said. Tomba said all four appeared to be in good condition, if in need of a good meal.

"To us at the National Center, this is not something that we find shocking any more," he said. "The fact is, we have seen more and more long-term missing cases end up in the victim being rescued many years after their original abduction."

The most widely reported such incident in recent years was that of Jaycee Dugard, who was freed in 2009 after 18 years of captivity behind the home of a California couple.

In another case, Ryan said last year a 43-year-old man was found and reunited with his mother after being abducted at the age of 2.

More than anything, the three victims need privacy and time with family members, said Elizabeth Smart, who was in the headlines in 2002 when she was kidnapped from her Utah home at age 14 and held captive for nine months.

"I want them to know that nothing that has happened to them will ever diminish their value and it should never hold them back from doing what they want to do," Smart told CNN's "The Situation Room."

The women should not feel pressure to speak publicly about their ordeal, Smart said, adding that time will help them heal. "It's just incredible they are walking away from this horrendous nightmare, alive and safe today," she said.

'We're hoping for a miracle'

Investigators had previously speculated that the disappearances of Berry, DeJesus and another girl, 14-year-old Ashley Summers, may have been connected. Summers' family last saw her in July 2007, when she was 14.

"We did in fact believe there was an association between the Berry case and the DeJesus case as well as the Summers case," said former FBI agent Jennifer Eakin. Eakin is now a case manager at the National Center for Missing & Exploited Children, which in 2008 held a comprehensive review of the cases with the FBI and Cleveland police.

Now the Summers family is hoping that the Cleveland investigation will yield information about Ashley, her aunt, Debra Summers, said.

"We're hoping for a miracle," she said.

Anderson, the spokeswoman for the Cleveland FBI office, said investigators will question the three women found Monday in the hope that they know something about Summers' disappearance. 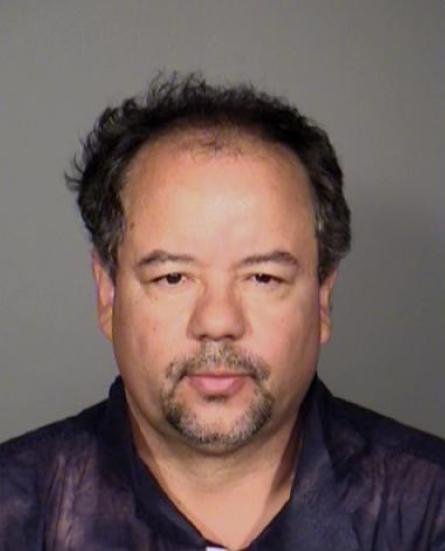 Of the three brothers arrested, Ariel Castro was the only one to live at the home where the three women were apparently held, police said. The others lived elsewhere in the city.

Their uncle, Julio Castro, told CNN's "Anderson Cooper 360" on Monday that his family had grown up in the same west Cleveland neighborhood and knew the DeJesus family.

Julio Castro told CNN's Martin Savidge on Tuesday that family members were "surprised" over the developments.

"Shame on you," Julio Castro said, when asked what he would say to his nephews

Go to FOX 8 in Cleveland for more updates.