The crash occurred around 8:15 near the Union Park on-ramp. The bed of the dump truck was raised and it hit the 900 E overpass, according to the Utah Highway Patrol.

Two of the support beams on the overpass sustained damage, but officials from the Utah Department of Transportation said the overpass is still safe to use.

The support beams will eventually be replaced.

Haz-mat teams responded to the scene as hydraulic fluid and antifreeze from the dump truck spilled on the roadway.

The westbound Union Park on-ramp, the southbound 6600 S on-ramp and the northbound flyover from Union Park were all closed as a result.

The dump truck driver said he had a sore shoulder, but was not injured otherwise. 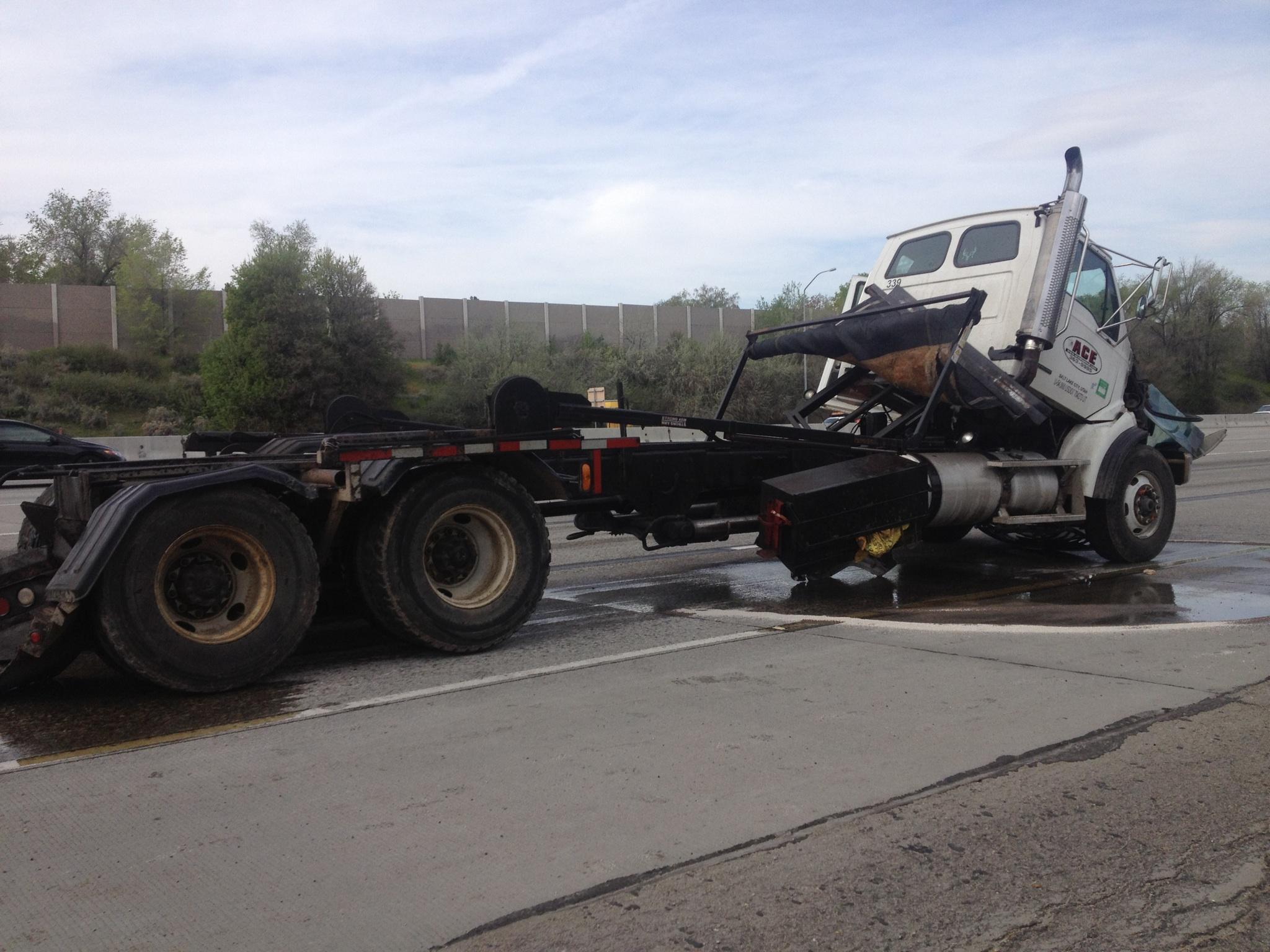