(Warning: The images in this story may be considered graphic by some viewers.)

ST. GEORGE, Utah -- An 11-year-old boy sustained serious injuries after he was attacked by several dogs. Another child and one adult were also injured.

Police said KJ Reid was playing hide-and-seek with friends Monday afternoon. During the game, KJ was running on a retaining wall and fell into a neighbor's yard.

"It just happened so fast," says Danielle Roberts, who heard the attack. "The kids were playing one minute, and the next minute he was in trouble."

KJ's parents say he tried to get out of the yard, but the neighbor’s Rottweiler dogs attacked.

"He said on had him around the waist, in his mouth," says KJ’s mom, Autumn. "And the other two were pulling on his legs."

Police reported only two of the three dogs were involved in the attack. Police say when the dog's owner saw what was happening, she tried to stop the attack, but the dogs turned on her, too.

"She also suffered many bite wounds on her arms mainly," says St. George Police Department Sgt. Sam Despain. "The homeowner's daughter saw what was happening and responded to help and she two was bitten on the hands by these dogs."

The three were able to escape the dogs and call 911. All three were taken to a hospital.

The boy was the most seriously injured. He had bites over much of his body, and he had to undergo surgery. The young girl was treated and released Monday.

The Reids hold no ill feelings toward the homeowner. In fact, they credit her quick action in saving their son's life.

"She’s a hero," says Autumn. "We're so grateful for her, and for everybody who was involved in responding so quickly."

St. George Animal Control took two of the three dogs. It is not clear whether any charges will come out of the incident. 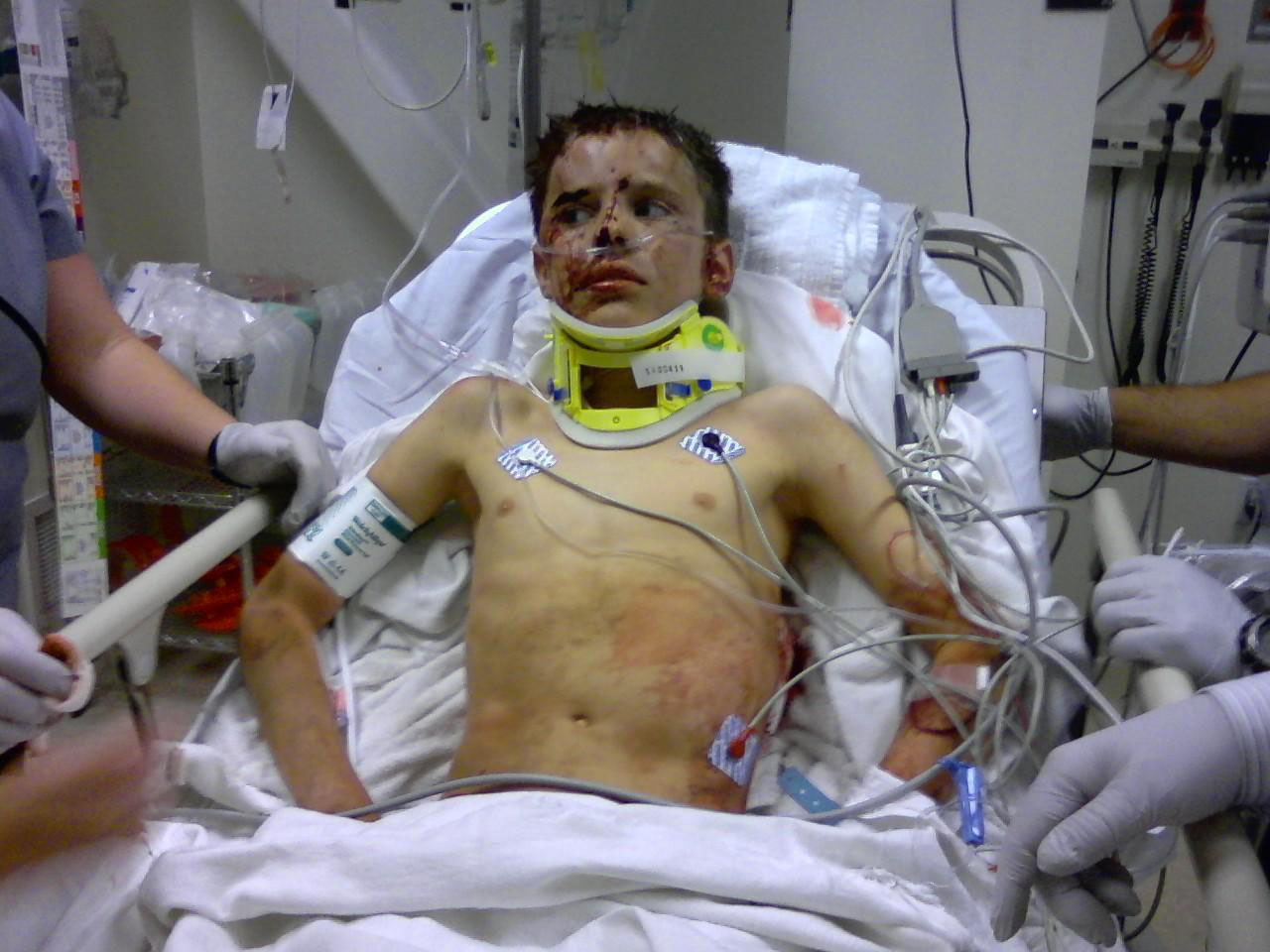