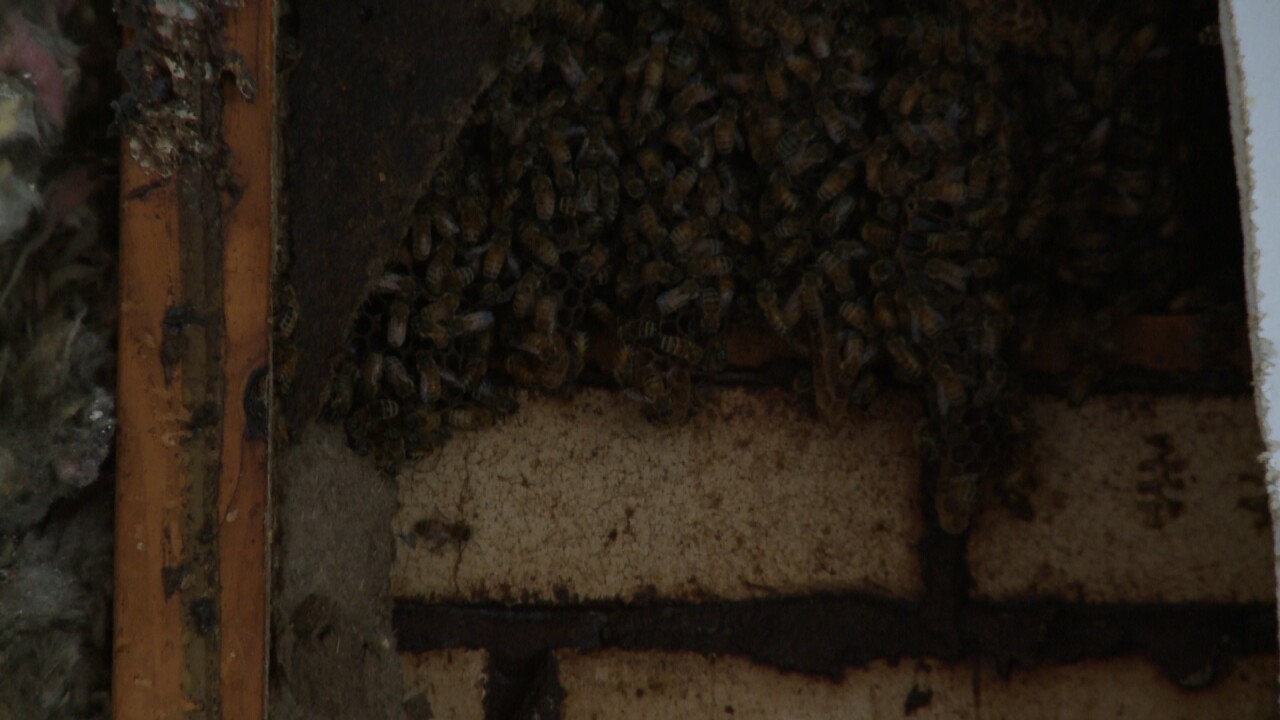 PROVO, Utah -- A homeowner in Provo was shocked to find a beehive with  between 60,000 and 80,000 bees behind the wall of the home’s master bedroom.

The bees were likely in the home for about four or five years, but the homeowner had no idea until this weekend.

Tyler Judd owns the home, and he said he first noticed the bees by his chimney this weekend.

"I couldn't believe it was a couple of inches from where we were sleeping because I didn't hear anything in our bedroom at all,” he said.

Al Chubak, Utah Bee Removal, said removing this hive on Saturday was different from the hundreds of other hives he’s removed in his career.

“This is an unusual job because when I first arrived they didn’t think the bees were here for long,” he said.

Chubak said the bees were living quite comfortably in the man’s home.

“It's almost like a bee playground,” he said. “It's Disneyland for a bee. There are so many places they can go in.”

Chubak said a hive in a home isn’t uncommon, and he said it’s not surprising Judd didn’t know the bees were there.

“I bet you there are at least 1,500 hives like this in homes across the Wasatch, but people don't typically notice them,” he said.

Chubak said bees living inside are outliving their outdoor counterparts.

“Since last year, 60 percent of the bees died,” he said. “Well, that's a huge population of bees that are gone, yet the ones inside homes are doing fantastic.”

It took Chubak several hours to remove the hive from the home, and Chubak will take the bees and put them in boxes or hives.

Chubak said many people use sprays when they see bees, but he said that is only a temporary solution as bees will often come back the same way they came in. He said if people see bees flying into their homes they should use steel wool and caulk to seal the hole. He said this must done before the infestation takes hold or else the bees will simply find other ways into the home.