Photographs give a glimpse of Ariel Castro’s yard 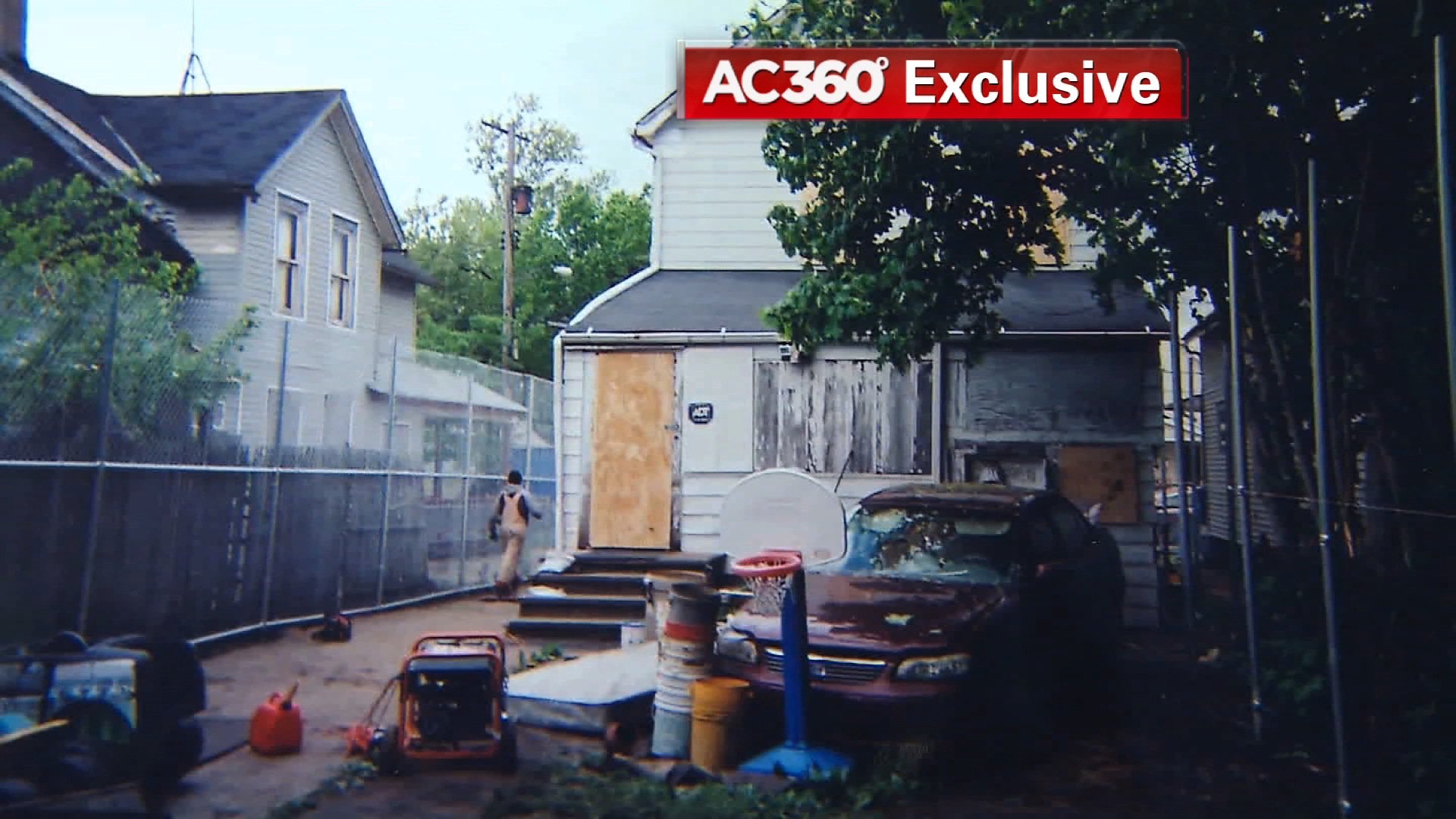 From Randi Kaye and David Puente

Those are of just some of the items found in kidnapping suspect Ariel Castro’s Cleveland yard, according to photographs taken over the weekend by a neighbor and obtained by CNN.

The neighbor asked not to be identified and said that he took the photographs because he wants people to know what’s there.

The images show a cluttered yard.

A garage sits in the background, while basketball nets, a ladder and what looks to be a pile of debris rest in the foreground.

One of the photographs shows a thick spool of barbed wire; another shows a chain.

Bicycles, clearly meant for children, can be seen into other images.

Click here for more coverage from our sister station, WJW-TV in Cleveland.

From the photographs alone, it’s impossible to know whether any of the items in the yard are related to Castro’s case.

But at the least, they help to paint a picture of how he lived.

The photographs show that Castro, or someone, went to some pains to shield what was happening in the house from the outside world.

The windows are boarded up, and a bright blue tarp stands at attention near the garage.

The photographs also show a small mirror hung on Castro’s back door. Its position would allow someone to stand there and see someone coming up the driveway.

Castro, 52, is charged with four counts of kidnapping and three counts of rape.

DNA tests revealed a daughter born to Berry six years ago was fathered by Castro.

According to a family friend of the DeJesus family who has visited Gina since her release, the woman seems in “good spirits.”

She is happier now, bouncing around the house like her old self, the friend said, adding that Gina had a tough time the first couple of days.

The friend said that Gina is asking for her old friends to visit. She’s afraid of leaving the house for fear of being bombarded by people, the friend said.

Castro remains in a Cleveland jail on $8 million bond.

Castro is on suicide prevention watch, standard procedure for high-profile inmates. He cannot interact with other inmates and does not have their privileges. Castro is checked on every 10 minutes.

Though some entries stand out.

“Inmate is walking around cell naked,” read one.