UPDATE: We talked to Ally and Kaylee again. See what they have to say about the reaction to the punishment.

MURRAY, Utah - Putting a stop to bullying in schools can be a difficult task for teachers, but one woman from Murray, who found out her daughter was relentlessly teasing another student, decided to teach her a lesson by giving her a taste of her own medicine.

"She really needs to know that this had such an effect on someone else's life," said the mother, Ally, whose last name we have omitted to protect her daughter Kaylee's privacy.

Ally is not the Kaylee's biological mother. She has been in a long term relationship with the girl's father for several years. The girl's father, who has custody of the child, was present during and gave permission for this interview, and he said Ally and Kaylee share a mother-daughter relationship.

Wednesday, Ally received an email from Kaylee's teacher explaining that she had been bullying another student because of how she dressed. The harassment had been taking place for the last three weeks, and according to the teacher, the student no longer wanted to come to school.

"She would take her out on the playground and call her names, and tell her she was a slob and tell her she dressed like a sleaze," Ally said. "Someone not wanting to go to school anymore based off of something that one other little person said to them. I mean, that's huge, that's damaging."

But when Ally addressed the issue with Kaylee after school that day, she said Kaylee did not show any remorse for what she had done. The reaction prompted Ally to instead show her why her behavior was unacceptable.

"I thought this is a perfect moment for us to really teach her, this is right, this is wrong, which path are you going to take? And then it's her choice," said Ally.

Ally went to a local thrift shop and bought about $50 worth of clothing that she knew her daughter would never want to wear. Thursday morning, Kaylee awoke to find an unflattering outfit on the bathroom door with a pair of old sneakers below it. Ally explained to Kaylee that she would be wearing the ensemble to school that day.

"I died. I did," said Kaylee, who admitted she cried when she first looked at the clothes. 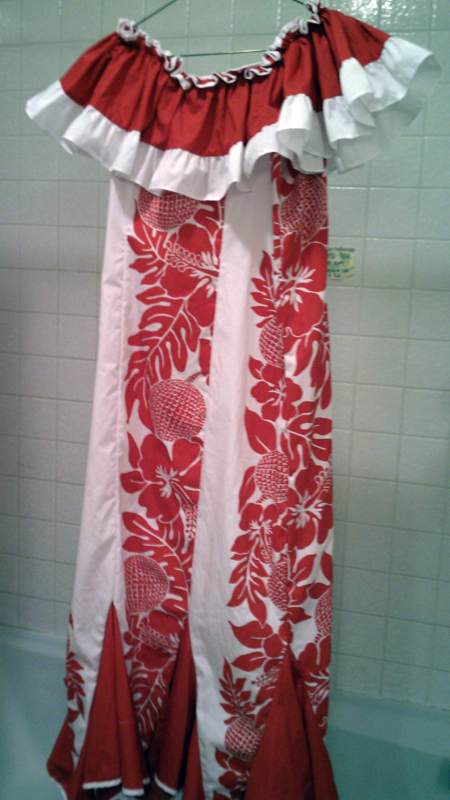 In the two days Kaylee had to dress in the outfits selected, she admitted she became the target of unkind words.

"They talk behind my back," she said of her classmates.

The experience, while effective, strays from the norm, according to Dr. Douglas Goldsmith of the Children's Center.

"What happens with that is the person walks away at the end saying, 'Now I'm really angry, that was humiliating and now I'm angry,'" Goldsmith said.

Goldsmith recommends a different approach when dealing with cases of bullying.

"What may be better for most parents is if we teach children empathy by having them volunteer at a place where there's poor people," he said.

But after school Friday, she was not angry. Embarrassed, maybe, by what her friends thought of her clothes, but also understanding of the lesson Ally was hoping she would learn.

When asked by her sister why she should not bully people, Kaylee replied, "Because it's stupid and it's mean. It hurts them."

Ally concedes it was hard to watch Kaylee struggle through those two days at school, but she thinks the experience was an important one for Kaylee to have.

"If she chooses to be a bully after this, then at some point in her life, she’s going to be on the other side and she'll know what it really feels like. And I think now that she knows what it feels like, and she doesn't want to be that person anymore because she knows how hurtful it is."