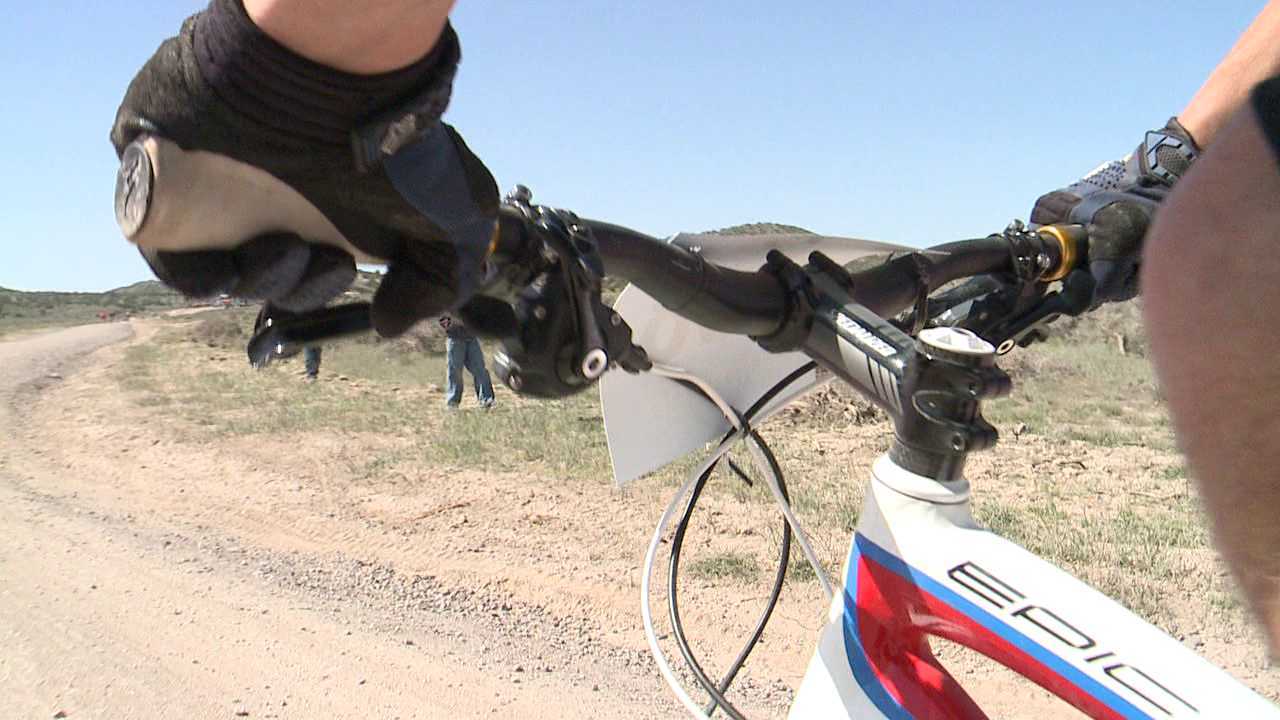 SALT LAKE CITY - A new high school sport is emerging from the dirt in Utah schools.

It's not your typical sport, but Cross County Mountain Biking is paving its way through Utah high schools. The sport is officially on its second season in Utah and is growing quickly.

Cycling enthusiasts like Lori Harward and Austin McInerny never thought of it as more than a recreational activity, but then they decided to take an idea that started in California.

"Matt Fortsinger got the idea to start a league that catered solely to high school students," McInerny said.

Lori Harward and her husband visited a NICA conference in California in 2011, and decided to bring a league to Utah.

"We have got to bring this here to Utah. This is awesome. Look at all these kids on bikes," Harward said. "My husband and I were in tears. It was awesome. We were so excited."

That excitement was contagious, and the sport in Utah has gained traction.

"Every year we have seen anywhere from 25 to 40 percent growth in the number of student athletes participating," said McInerny.

In its first year, Utah's NICA earned the title of largest first-year league in history, with 325 students participating and around 230 racing.

"In the beginning we didn't have very many riders but then more riders started coming out and the races were big and they were super fun," said student Zach Peterson.

"Tons of other kids that I don't think did love it after the first year are loving it now. You can see it's home. So many more kids are coming out to the races. So you just see it changing lives."

Biking legend Ned Overend says that the league is what high schools need.

The league has changed a lot of students' lives, including Maria Mancera.

Maria says she was always a very shy person and typically kept to herself. But at the end of her freshman year, Maria's teacher invited her to join the new mountain biking league.

"I was a little nervous because, you know, new sport, person who usually doesn't do anything that involves sports," Maria said.

Maria reluctantly got involved, trained, entered her first race...and crashed. But she didn't let her tumble stop her.

"I was going so fast down a hill, I ended up crashing into a tree and then I got thrown off my bike and kind of rolled by taking too big of a turn. Yeah, I've got a lot of scars to prove it but that didn't stop me," she said. "As I started going through the sport, I started getting hurt and [my parents] were, like, 'Do you want to stop?' And I'm, like, 'Nope.'"

Maria says that passion and drive to keep going - even when injured - has brought her confidence she'd never had in the past.

"Ever since I have been introduced to biking, you have to work as a team so my team kind of helped me push myself to be more open to people, to be able to work in groups in the classroom. It's just a big change," she said.

Lori Harward says Maria's change is a common one among students in the cycling league.

"They go out and they have a great time with their friends and that's what our program is all about. That's what draws the student athletes to it, that it's fun," Harward said. "It's not just about winning...Where our focus is creating lifelong cyclists and we are established on those five core principles. Strong body, strong mind, strong character, inclusivity and equality."

For more on the Utah High School Mountain Biking League, go to www.utahmtb.org or www.facebook.com/UtahHSMTBike.