Mother of twins born along I-80 tells their story

TOOELE COUNTY, Utah -- Lynette Hales was not expecting to see her twin boys until August 11, but during a weekend getaway to Wendover with friends she suddenly realized they were coming much sooner.

About 70 miles from a hospital, a 911 call came in Sunday from a car racing down I-80 near Wendover, two months before its passenger was ever expecting to have to make the trip.

Inside was 30 weeks pregnant Lynette Hales, who one day later is the mother of twin boys.

“The most important things is I’ve got two beautiful babies that are alive and appear to be healthy,” Hales said.

Off on a weekend getaway with friends in Wendover, Hales decided to try to make it to a hospital in Tooele when she awoke Sunday to contractions and bleeding.

“I was just thinking this baby is coming now,” Hales said. “And I’m really worried because I’m only 30 weeks along.”

Her friend, Jim Gerber, took off at about 95 MPH, but he had to pull over just 25 miles outside of the city as Hales went into labor in the backseat. He called 911 and then began to talk her through the delivery.

“This is the first time I’ve ever had to deal with this situation. You know, I’ve dealt with medical issues, but not anything with this latitude,” said Gerber, who is a former member of the Navy and has had medical training.

Before police could reach them, the first of the two boys was born, but not breathing. Gerber began to perform CPR as Hales started to speak to her son.

When help arrived, Utah Highway Patrol troopers were able to get Jeffery Junior breathing, and Hales was already starting to deliver his brother, Anthony James.

“It was one of those things it was a life changing thing. It really is, and I’m just happy to be a part of it,” Gerber said.

Hales and her sons were taken by helicopter to Intermountain Medical Center, where they were reunited with their father, Jeffery Hales.

The brothers, known as J.J. and A.J., weighed in at about 3 pounds and are currently in the NICU at IMC.

A hospital spokesman said they are in “satisfactory” condition, and will most likely remain at the facility until August. Hales and her husband said they can’t wait to finally bring them home. 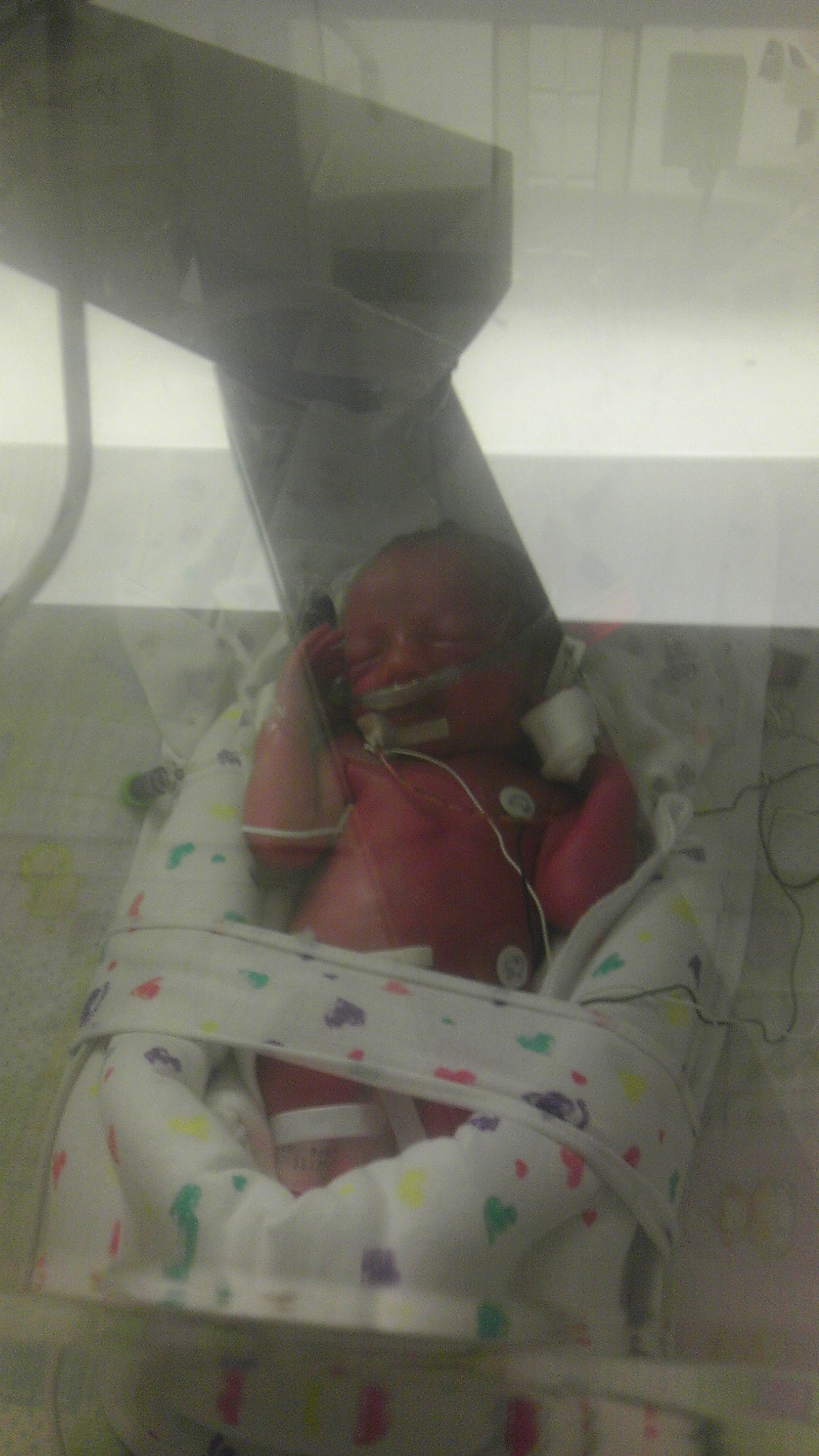