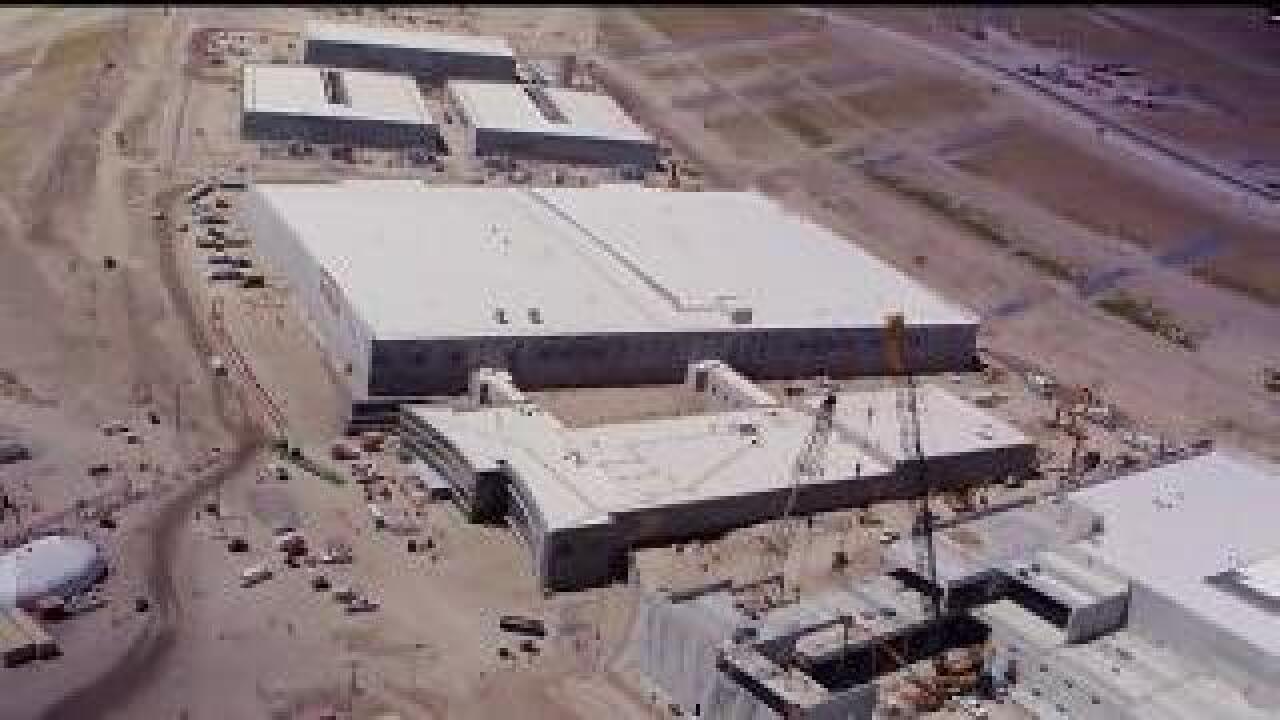 LEHI, Utah - The data the National Security Administration is accused of mining may ultimately be stored in a massive facility overlooking the Utah Valley.

The accusation that the NSA has acquired phone records for millions of people -- and potentially Internet and credit card information as well -- has turned renewed attention to the data center being constructed on Camp Williams on the Salt Lake-Utah County line.

Reaction to the reports of data mining by the NSA has been met with a mixture of surprise, outrage and explanation.

"When you have this much data collection going on, we all ought to be concerned," Sen. Mike Lee, R-Utah, said in an interview Thursday with FOX 13.

Lee said he understood the need to protect Americans from terror attacks, but added that privacy needed to be respected as well.

"Individual Americans need to rest assured that their government isn't spying on them," Lee said.

In a statement to FOX 13, Utah Sen. Orrin Hatch, who sits on the Senate Judiciary Committee, disagreed with his colleague. He insisted the data collection has been conducted in a lawful way.

"The fact is that America has enemies and we need the tools to fight them," Hatch wrote. "But we also need to make sure that this program continues to be carefully monitored and that members of Congress continue to be informed on any interactions with the FISA court, which has proven effective at balancing our individual liberties and the need to protect our homeland."

The American Civil Liberties Union of Utah and other groups have expressed deep concern about the size and scale of the NSA's data gathering, and turned their attention to the Utah Data Center, which reportedly will open in October.

"We're mining data, we're gathering data and it's all done secretly," ACLU of Utah director Karen McCreary said of the facility. "We don't even know what's going on."

On Thursday, FOX News Channel quoted a former NSA official saying that a program was begun in 2007, tapping into U.S. Internet companies to pull audio, video and photographs. The official told FOX News that the Utah Data Center is believed to be a repository for all of that material.

The facility is more than 1 million square feet in size, according to a U.S. Army Corps of

A conceptual design of a "data hall" to be built inside the NSA's Utah Data Center, taken from a U.S. Army Corps of Engineers bid packet of the project, published by the group Public Intelligence.

Engineering bid packet prepared for its construction. Early designs had four "data halls" to store information and two substations to power the facility. It would also use 1.7 million gallons of water each day to cool it, and have three days worth of fuel storage for an emergency.

The Utah Data Center is being built at an estimated cost of $1.9 billion. Utah politicians hailed the facility's construction as an economic boom for the area when ground was broken last year.

The Libertas Institute, a Utah-based Libertarian think tank, called those same political leaders out on Thursday after the NSA data mining revelations.

"When the NSA facility in Utah was announced, local officials praised it for the jobs it would bring. As Americans are now learning, those jobs entail harvesting the data generated by innocent Americans not suspected of any crime, in contradiction to the Fourth Amendment to the U.S. Constitution," Libertas director Connor Boyack wrote to FOX 13.

"We are patiently waiting for those same officials to speak out in defense of Utahns' privacy and demand more transparency and accountability on the part of the NSA."