Car built by BYU students gets more than 1,000 mpg 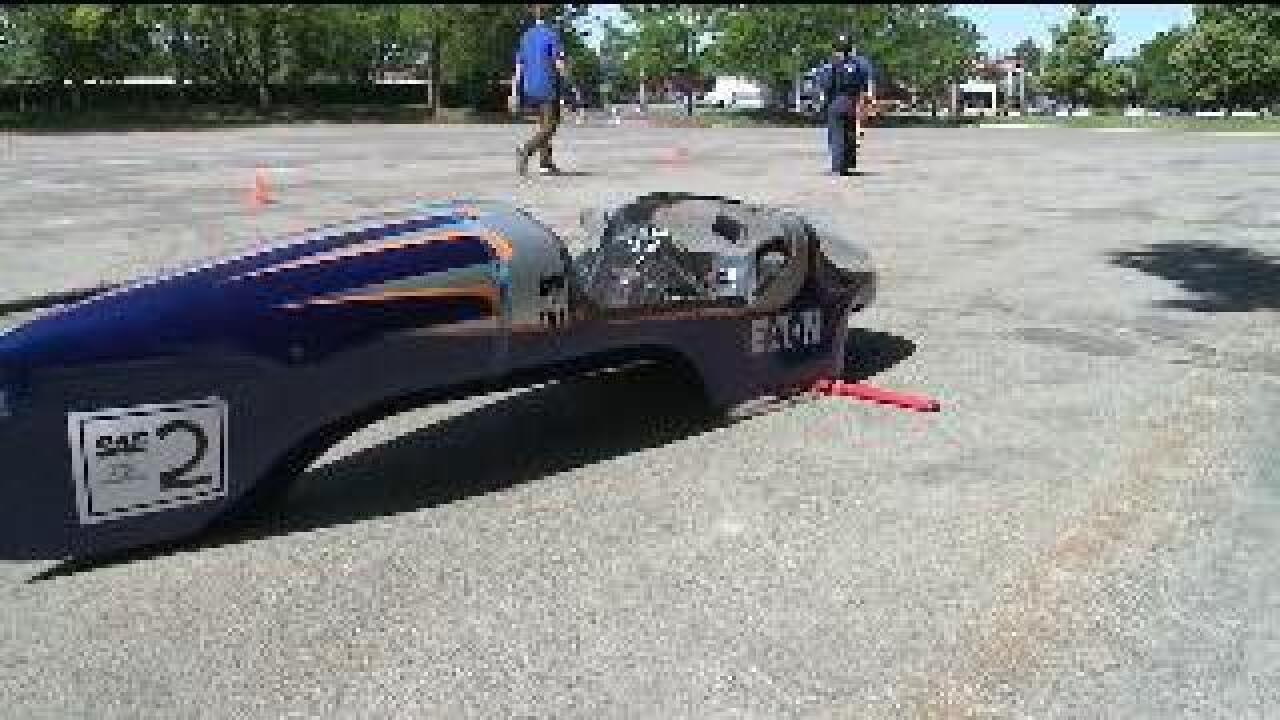 PROVO, Utah – Students at Brigham Young University have built a super-mileage car that gets more than 1,000 miles to the gallon.

The team of students built the car for the Society of Automotive Engineers’ annual Supermileage Competition, which was held in Michigan last weekend. This was the team’s second year competing.

"At the competition we took second again,” he said. “We got 1,331 miles per gallon, which wasn't as big of an improvement as we hoped, but it was a low day for everybody because the weather was really cold that day."

The car has an average speed of 15 miles per hour, but it’s not the speed that counts.

"The car's not designed to go fast, it's designed to get the highest gas mileage possible,” Wardell said. “Actually, the slower we go the better gas mileage we'll get because there will be less drag from the air at slower speeds."

With that kind of mileage, the car could travel from Utah to Michigan on just one gallon of fuel. Caroline Sorensen was one of the students who worked on the car.

"I worked on building this new shell, so this is totally from scratch,” she said. “It's made from carbon fiber. We did a really cool design and tried to optimize the weight, so we could use as little carbon fiber as possible."

Two members of the team are going to work for Ford, and the driver of the car is going to graduate school at MIT. Next year, a new team of students will use the car to build an even-better model.