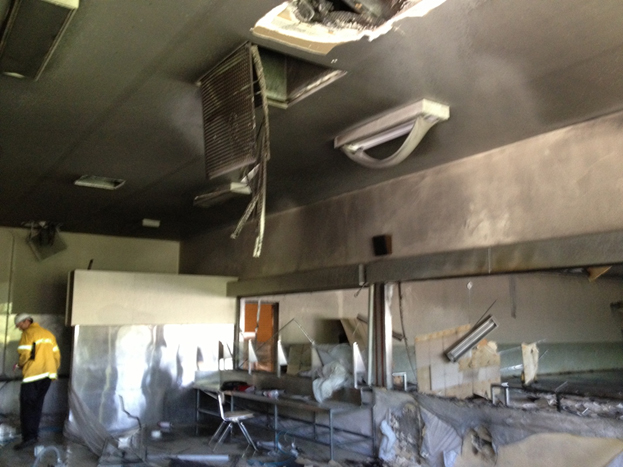 OGDEN, Utah – A fire at Mount Ogden Middle School Tuesday did an estimated $50,000 in damages to the cafeteria.

Authorities said construction crews were stripping mastic from the floor, which had recently had tiles removed. An electrical cord was plugged in, and it arced and ignited several fires in the cafeteria area, according to a press release from the Ogden City Fire Department.

There weren’t any children in the school. Five student custodians were inside, but they left on their own. There were no injuries.