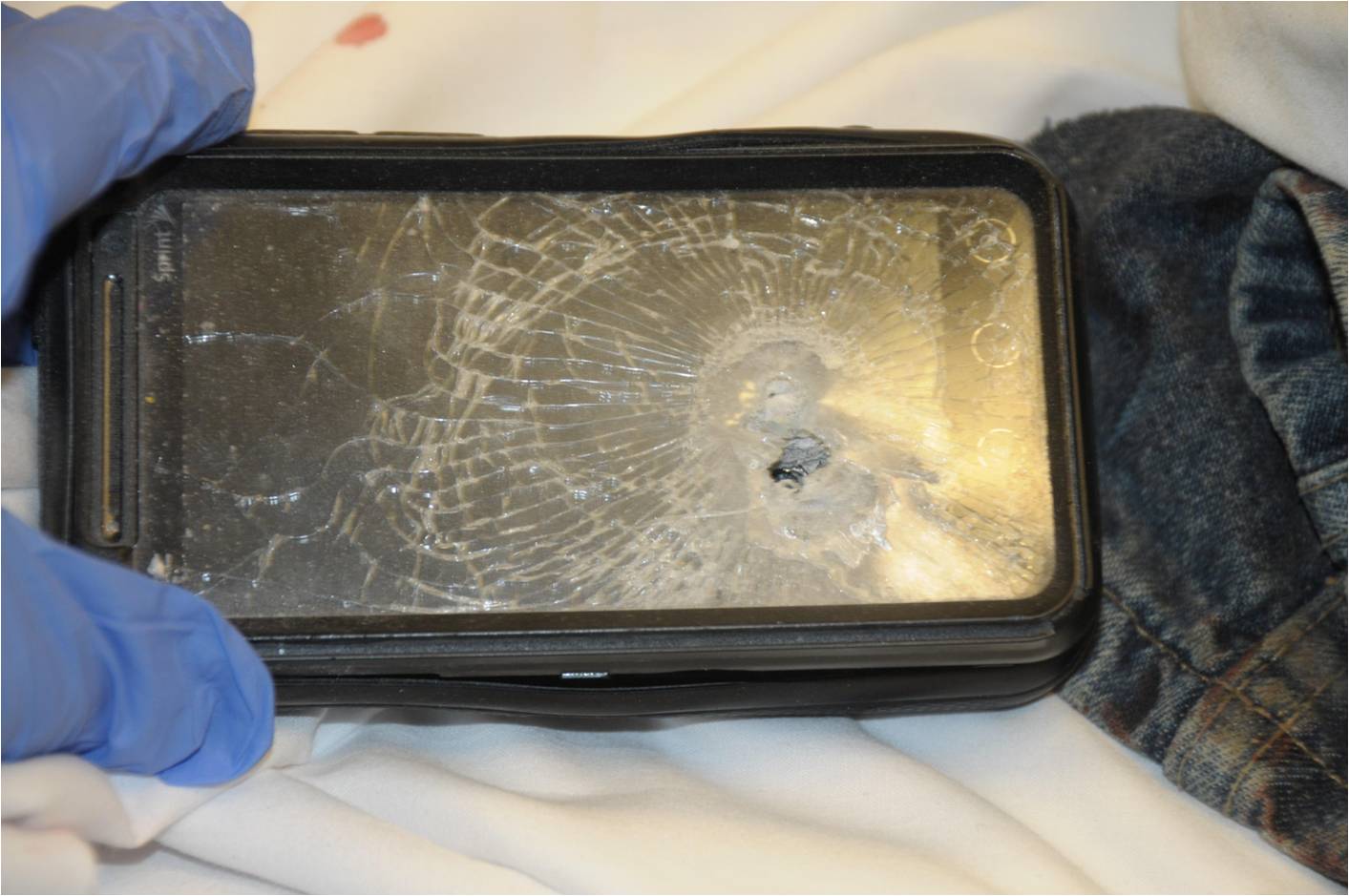 NOTICE: These images were released by the Weber County Attorney’s Office. Some images are graphic in nature.

OGDEN -- Evidence collected by police in the investigation into the shooting of six agents from the Weber-Morgan Narcotics Strike Force reveals new details about the night agent Jared Francom was killed.

The recordings, photographs, writings, reports and other pieces of evidence are part of more than 7,000 pages of information the Weber County Attorney's Office collected as it prepared to prosecute Matthew David Stewart for aggravated murder and attempted aggravated murder. Some of that evidence was released to FOX 13 on Wednesday under a public records request.

"You said you felt like you needed to defend yourself. What were you defending yourself from?" Weber County Attorney's investigator Rob Carpenter asked him in a recorded interview on Jan. 5, 2012 -- hours after he had been arrested for the shooting.

"Just a bunch of guys breaking in," Stewart said from his hospital bed.

"Did you have any idea who these guys were?" Carpenter asked.

"No. I just heard yelling and window breaking," Stewart replied.

Throughout the interview, Stewart answers questions about the events of the shooting.

"I tried to shoot down the hallway, to keep 'em back. But I wasn't... I couldn't see what I was shooting at," he told Carpenter.

Agents from the Weber-Morgan Narcotics Strike Force were serving a drug-related search warrant for marijuana plants that Stewart was suspected of growing. Evidence photos released Wednesday show a grow operation set up in the basement with more than a dozen plants.

On the taped interview, Carpenter asked about the conditions inside the home.

"So was it dark? Was it light?" he asked Stewart.

"It was light," Stewart replied.

"OK, there was lights on in your house?"

In summaries of interviews with the wounded officers, they insisted they announced their presence after using a ram on the side door of the home. Police claimed Stewart opened fire as they had cleared most of the house -- except his bedroom.

Evidence photographs and hospital surveillance pictures of blood-stained police jackets bolstered law enforcement claims that the agents were wearing identifiable gear. But in the interview, Stewart initially said he did not know who they were.

"When all this happened, I was just getting up to get ready for work. So I was still half-asleep," he told Carpenter.

"OK. Do you know now who the people who were going into your house were?" he asked.

"They believe that they were doing what's right, but..."

"Do you know who they are?"

"Not specifically, who are they? You've got a lot of branches out there..."

Weber County Attorney Dee Smith told FOX 13 that Stewart's statement shows he knew who he was firing at.

"He recognized they were some kind of government agents coming into his house," Smith said. "He also acknowledges he hears them yelling."

Police claim that Stewart also kept shooting, even as police arrived outside and officers rushed inside to aid their fallen colleagues.

"How many times did you pull the trigger?" Carpenter asked Stewart.

"I don't know. I lost count," Stewart told him.

"How many times did you load your 9?"

A summary report of the case said that Stewart fired 32 rounds during the shootout; police fired 98.

Toward the end of the interview, Carpenter seemed to confront Stewart about whether he was as surprised as he claimed to have been.

"Were you walking back and forth in your kitchen while you were shooting at the officers?" he asked.

Stewart paused for a long time.

"This is the point where I'm going to need a lawyer," Stewart replied.

In another conversation with Stewart recorded as he was being treated at the hospital, he is heard telling a South Ogden police officer that he wished "they would have shot me in the head."

The officer later asked him if he had ever thought of suicide.

"You think of suicide most often? Did you ever have a plan to commit suicide?" South Ogden Police Officer Dan Buttars asked him in the recording.

"What was that plan?"

"This was kind of it," Stewart said.

The officer then said he would not talk with him about the events that had just unfolded at Stewart's home.

Smith said the interviews, combined with the evidence proves his point that Stewart had prepared for police to one day show up at his door.

"You take all that into context with him saying he'd been thinking about suicide, and this was his plan," Smith said Wednesday. "It appears to me, and the evidence is pretty clear, that he knew who they were."

But Stewart's family maintained that a lot of the evidence shows he did not know who was in his home, and he feared for his life.

"I knew 100 percent that Matthew was telling the truth," said Erna Stewart, his sister-in-law.

Erna Stewart said she was upset that police had questioned him while he was recovering from surgery. She also noted that some of the initial claims were not what they were portrayed to be.

A warrant claiming child pornography that was served on Stewart's computer was analyzed by authorities. Smith said his investigator believed it was illegal images, but forensic analysis of the images was inconclusive about whether it was, in fact, child pornography. Smith told FOX 13 he ultimately decided against prosecuting it in the midst of a capital murder case.

Explosive materials detonated by law enforcement shortly after the shooting was not a bomb, but Smith said it could very well have been. Evidence photographs show that police found a carrying case with wires strapped to a battery and what appears to be a detonator. Police found empty PVC pipes painted red and containers of chemicals that were potentially explosive.

Smith said the explosive materials were concerning to authorities, who ordered them detonated. Erna Stewart claimed her brother-in-law was making his own flares.

"It's time to just admit fault in some of it," Erna Stewart said of police. "Matthew had his part to play, but so did they. Let's just let the community heal, for crying out loud. No more sides. Let's try and make a change for the better."

"People will see that they did act reasonably, they did lawfully," he said. "And that they were very heroic."