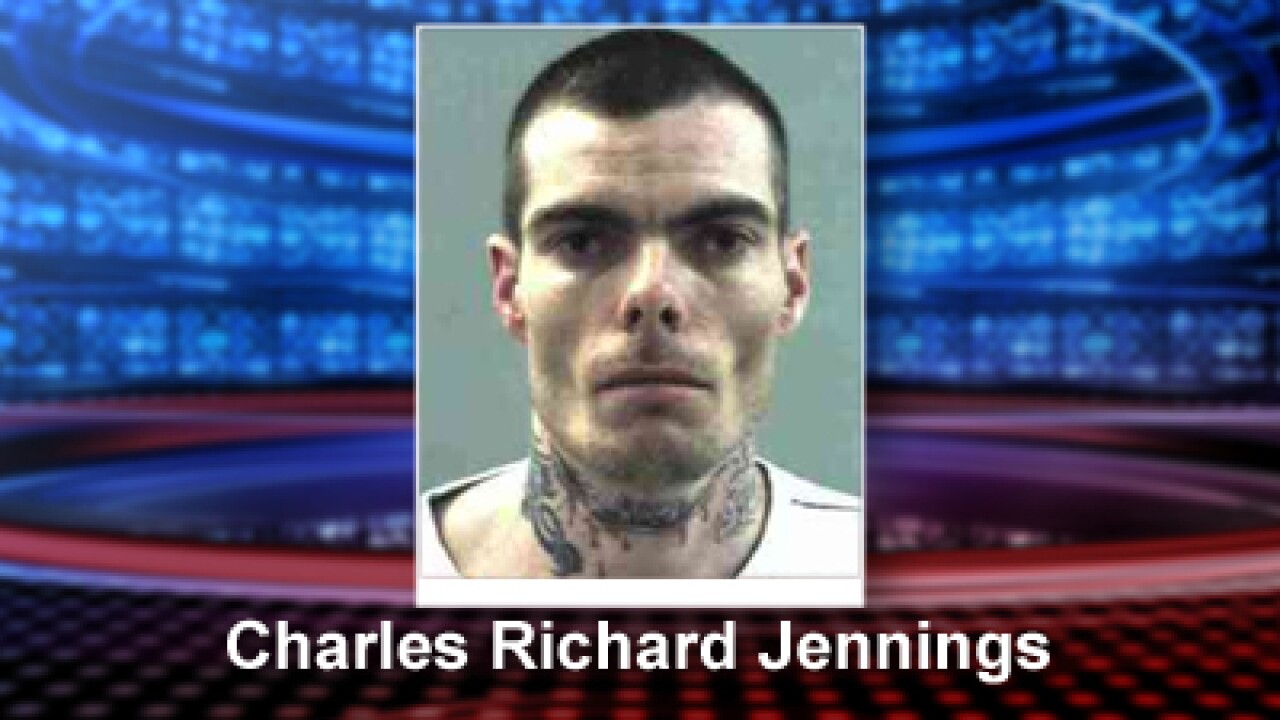 OGDEN, Utah -- As the congregation at St. James Catholic Church knelt down during communion Sunday, a single gunshot interrupted the service.

“He turned his head just at the right time,” said Tara Evans, as she described the moment her husband was shot in front of her. “If he didn’t turn his head, he would have been hit in the back of the head and he would have been dead.”

Just one day later, Evans is counting her blessings, grateful the shooting happened when it did. She and her husband, Jim, were in the middle of 11:30 Mass when police say their son-in-law, Charles 'Ricky' Jennings Jr., walked in and shot him in the head.

Evans was rushed to McKay-Dee Hospital Center in Ogden, where his family has remained ever since.

Court records show Jennings’ past is filled with misdemeanor and felony charges dating back several years, but according to one woman, when he met his wife, he seemed to be headed down a better path.

“He’d married into a good family, and she loved him and they'd had a little baby. So, I thought his life would turn around,” said Joane Sandberg, who claimed to be Jennings’ former landlord.

Sandberg said she used to rent an apartment to Jennings, but about a year and a half ago evicted him after he had one too many run-ins with the law.

She explained, “He acted impulsively without thinking and then was sorry for what he did.”

According to her, his relationship with the victim, Jim Evans, seemed to be a good one.

What caused Jennings to allegedly try to kill him is still unclear to police, but they said Monday it stems from his tumultuous relationship with his wife, Evans' daughter.

“I don’t have the full details of Jennings and Evans relationship. I do know that there have been reports of domestic violence between Jennings and his spouse,” said Lt. Danielle Croyle of the Ogden Police Department.

According to police, Evans' daughter actually walked into the church with Jennings on Sunday, but at this point, police do not believe she was aware of Jennings’ plans, something Sandberg said she never believed he was capable of doing.

“I didn’t realize it until today when I saw his picture, and I about died when I realized it was the Ricky knew,” Sandberg said.

A sample of Jennings blood was taken by authorities, which they hope will reveal whether he was under the influence of drugs or alcohol at the time of the shooting.

Police said Jennings’ criminal history, which includes a misdemeanor charge related to domestic violence, prohibited him from having a gun. Authorities said Monday they are not sure how he obtained the weapon used in the shooting.

Jennings is expected be arraigned Tuesday on charges of attempted criminal homicide, aggravated robbery and possession of a gun by a restricted person.