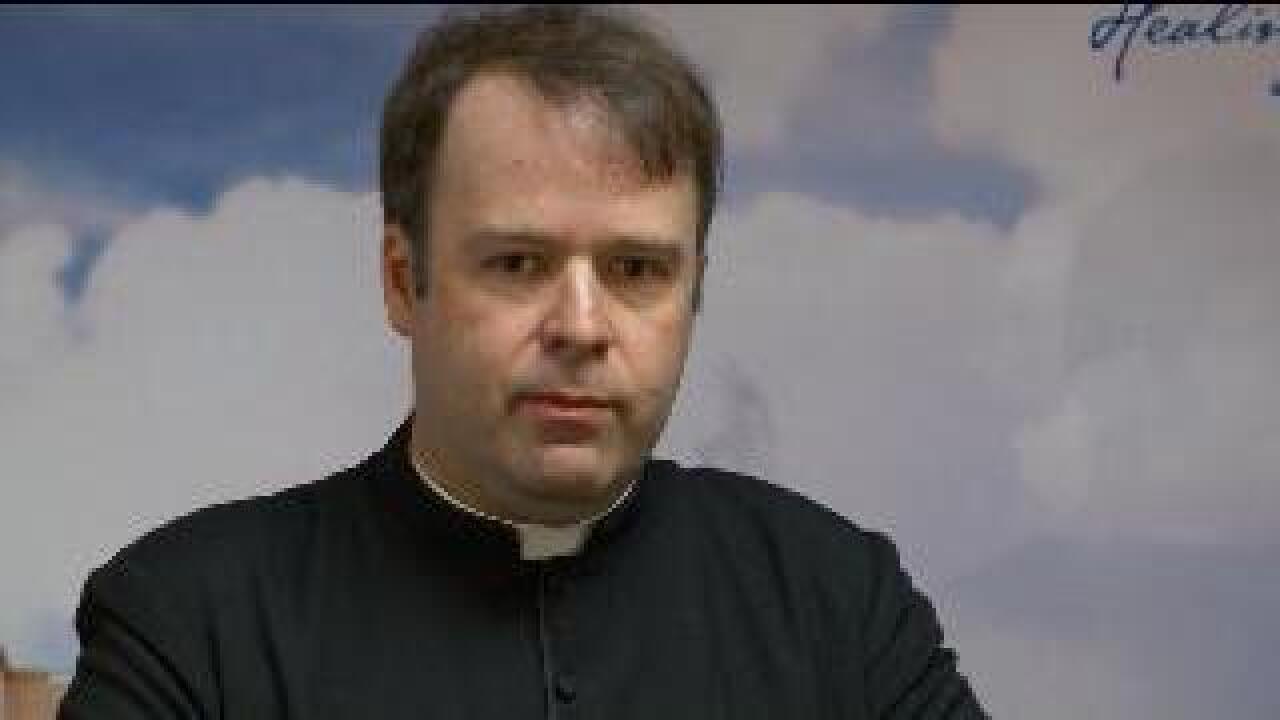 OGDEN, Utah -- The day after a man allegedly shot his father-in-law during a church service in Ogden, the father who was at the pulpit when it happened spoke about the attack.

The Rev. Erik Richtsteig of St. James Catholic Church spoke to FOX 13 News about the shooting.

“They were in Mass and worshiping God, and this man came in and did an act of violence,” he said. “I saw Ricky come into the church, and then I looked down and heard the gunshot.”

Police said 35-year-old Charles Richard Jennings walked into the church Sunday morning and shot Jim Evans, his father-in-law, in the back of the head. Richtsteig said there were many witnesses to the shooting.

“There were quite a few children at Mass, and they’re the ones we're most concerned about,” he said.

Richtsteig said the people in the church responded the best they could after the shooting.

“No one panicked,” he said. “Their first response was to help Jim and help Tara, then they were praying. What more could you ask for?”

Counseling services have been made available to those who may need it. Services have continued at the church. Mass was held Monday morning, and another service is scheduled for Monday evening.

Richtsteig said church leaders are planning to hold a liturgy of reparation to rid the church of any evil lingering from the attack. He said it is important for people to focus on the positive in times of crisis.

“What we need to focus on is how much good we saw yesterday, not just the one act of evil— a lot of bravery, a lot of kindness, a lot of charity,” he said.

Richtsteig said Evans was considered a pillar of the parish and a man who dedicated his life to his faith.

“No one deserves this, but I can't think of another person who would deserve it less than Jim,” he said.