Cedar Hills city officials say the wildfire started on the east side of Canyon Road in Cedar Hills at around 3:45 p.m.

Cedar Hills Mayor Gary Gygi told FOX 13 that an 18-year-old target shooter accidentally sparked the fire and attempted to douse it himself, but called emergency crews when it got out of control.

"My understand, he had some water with him and he just tried to do what he could," said Lt. Mike Bowden, Utah County Sheriff's Office. "The wind just kind of spread it."

The fire burned on Forest Service land, where target shooting is legal, and Utah County hasn't put any restrictions on target shooting so far this year. The 18-year-old wasn't arrested and it isn't clear how or if he'll be held accountable.

"Thankfully he's being cooperative. An individual who calls when a fire starts, it helps in the process, all that will be taken into consideration when it comes to reviewing the case, whether there's charges or not," Bowden said.

The fire started near a group of townhouses, but wind pulled it up and away from residences and there were no evacuations.

Cedar Hills says the fire is expected to be out by Saturday. 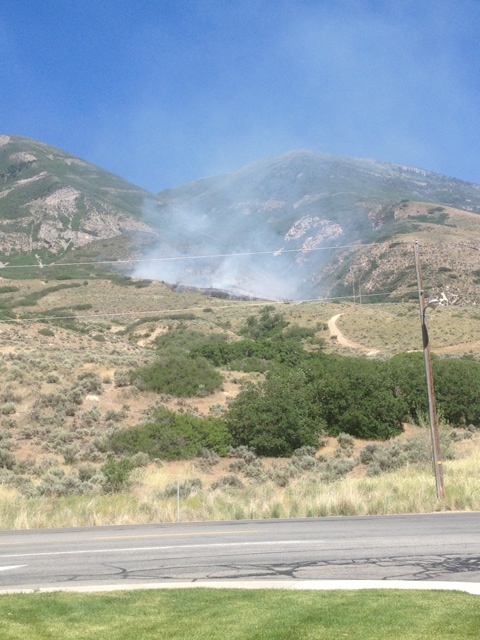