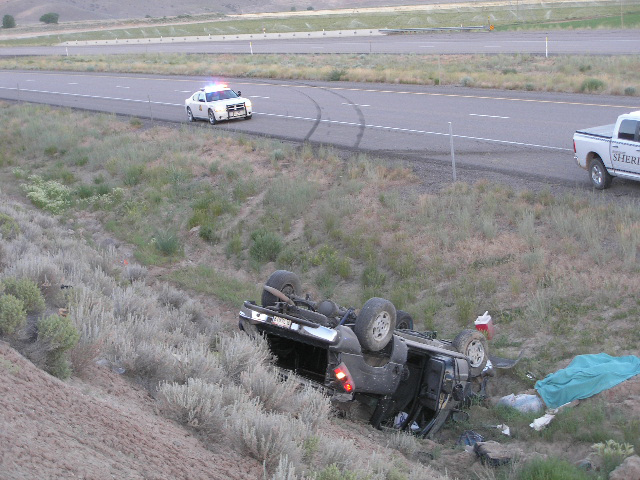 SALINA, Utah — Four people were killed after the driver of the truck they were in fell asleep at the wheel just outside of Salina early Saturday morning.

Utah Highway Patrol officials said the accident happened just before 5 a.m. on I-70 near mile post 53 as the truck was traveling eastbound.

The driver of the vehicle told officials he fell asleep while driving, according to a press release from the Utah Highway Patrol. The truck drifted to the left and then sharply corrected to the right, where it hit a delineator post.

The truck moved across both lanes of traffic and over the right shoulder of the road and began to roll. It rolled one and half times before coming to a stop on its top. Four of the five occupants were ejected from the vehicle. Two of those people died at the scene of the accident. Two others died at the hospital.

The driver was the only person wearing a seat belt, and he suffered only minor injuries. The occupants were all related to each other. They were traveling from California to Colorado.