Layton City Police officials said the accident occurred at around 2:15 p.m. near Sunset Drive in Layton. The driver of the truck, Mo Ewaishy, was not seriously injured.

Ewaishy said his saliva went down his windpipe, and he started coughing violently. He said he went to pull over but said the shoulder of the road was too narrow. As he was coughing, he crossed to the shoulder of the southbound lanes, narrowly missing two cars, and hit the brakes.

The truck jack knifed, and a guard rail tore the fuel tank of the truck, which caused the cabin to go up in flames.

"When it jackknifed, it leaned over the tree and saved my life, prevented the truck from flipping over," he said. "The fuel tank combusted immediately, and I saw the flames coming out, so I exited through the passenger door and the rest is history."

Ewaishy said he feels lucky to be alive.

"Obviously I'm grateful I survived, by the grace of God I survived, and I'm completely thankful," he said. 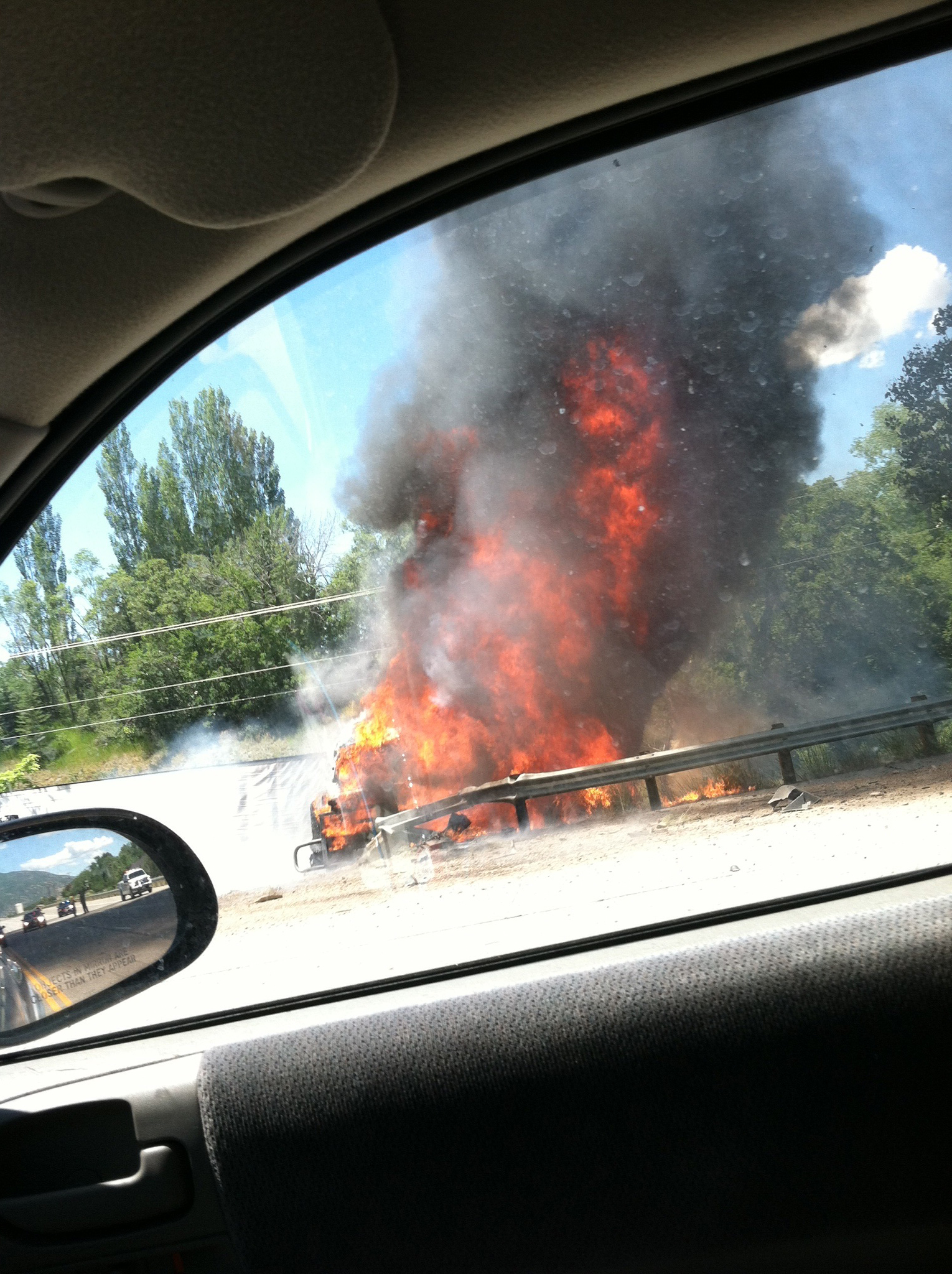