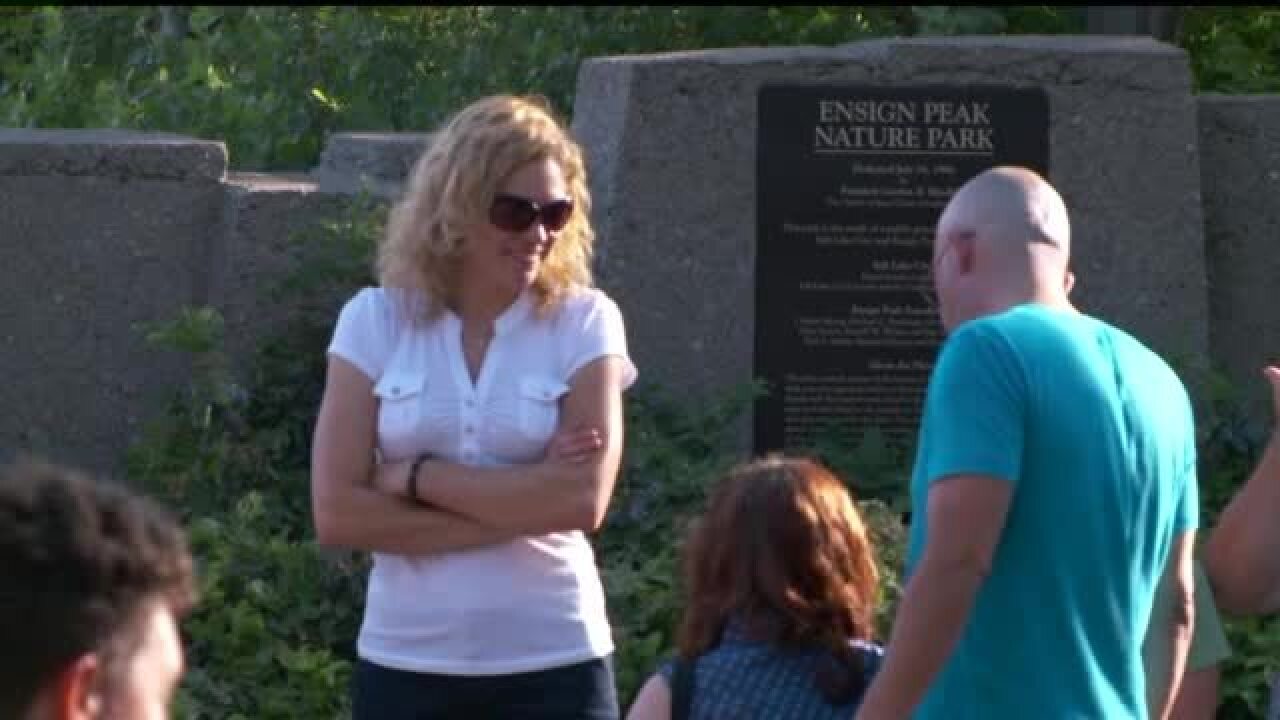 SALT LAKE CITY -- Former and current members of the Church of Jesus Christ of Latter-day Saints hiked up Ensign Peak on Saturday as part of what they called a “resignation event.”

Last year, about a hundred people met at the trailhead to resign from the LDS church together, saying they no longer believed in its practices.

“Resignation from the church is a huge deal for a lot of people because it’s a complete life change when people leave the LDS religion,” said Joshua Kaggie, who resigned from the church last year.

He was joined by about 50 others for the half-mile trek to the top, which he said was more about uniting a group of former church members, rather than dividing them from current ones.

“Often times people’s family and friends will leave them,” Haggie said. “And so, they have to figure out a whole new social life, so one of the reasons we’re coming here today is so ex-Mormons can meet other ex-Mormons.”

Joining him was church member Brooke Swallow of Orem, who cited the church’s stance on social issues, like same-sex marriage, for her departure.

“Seeing that my friends who are affected by this decision are suffering, and just my own personal beliefs about social issues, I just didn’t want to be a part of that anymore,” Swallow said.

In a statement, LDS Church spokesman Ruth Todd said, “We regret when people leave the church, but our arms are always open, and we hope to welcome them back again someday."

Todd could not say approximately how many people resign from the church on a yearly basis. According to their website, the church has more than 14 million members worldwide.