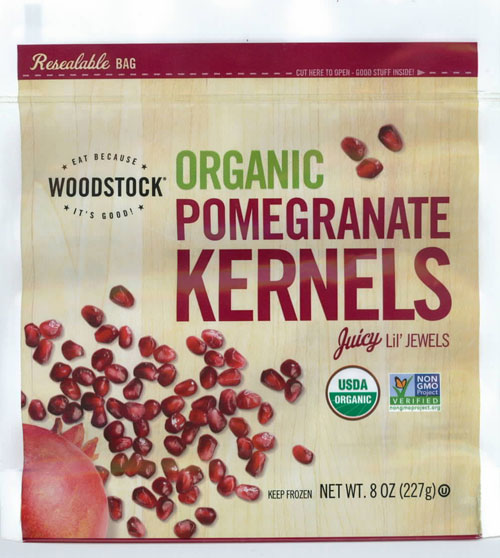 UTAH – The Utah Department of Agriculture and Food announced a statewide, voluntary recall of a brand of organic pomegranate kernels after an ongoing investigation by the FDA and CDC indicated the kernels may have the potential to be contaminated with Hepatitis A virus.

The product in question is Woodstock Frozen Organic Pomegranate Kernels.

According to a press release from the Utah Department of Health, no illnesses have been associated with the product, and product testing to date shows no presence of the virus. The company decided to initiate the voluntary recall as a caution in response to an outbreak investigation into organic pomegranates imported from Turkey.

The products are sold in 8-ounce resealable plastic pouches with the UPC code O 42563 01628 9, and they were shipped between February and May of 2013. The following lots are subject to the recall:

Consumers who purchased any of the product are advised to discard the kernels or return them to the store.