CITY CREEK CANYON, Utah -- A black bear was spotted near the mouth of City Creek Canyon Sunday, according to wildlife officials.

Salt Lake City Watershed Management employees said the bear was seen walking up and down the road near the gate of the canyon, and that it had tipped over several trash cans in the area.

"There were several sightings along the canyon road and it's popular for recreation this time of year for hiking, running and picnicking," said Tom Ward with Salt Lake City Public Utilities.

Watershed Management employees said this is the first time in 40 years that a bear has been seen near the gate of the canyon. They said droughts can cause bears to travel to different areas that they normally wouldn't.

The bear was not aggressive towards humans and he was easily shooed away by wildlife officials.

"So after Department of Wildlife Resources came in and shooed him, he seemed to find other areas of the canyon to occupy," Ward said.

No one has reported seeing the bear since Sunday, but wildlife officials want to remind residents and visitors that City Creek Canyon is a place for wildlife despite its close proximity to downtown Salt Lake City.

"Within a mile, half mile of downtown you can be in a wildlife area and see wildlife. On the flip-side we need to be aware when we're out and about that it's neat and interesting but it can be unsafe if you're not aware of your surroundings and respecting nature," Ward said. 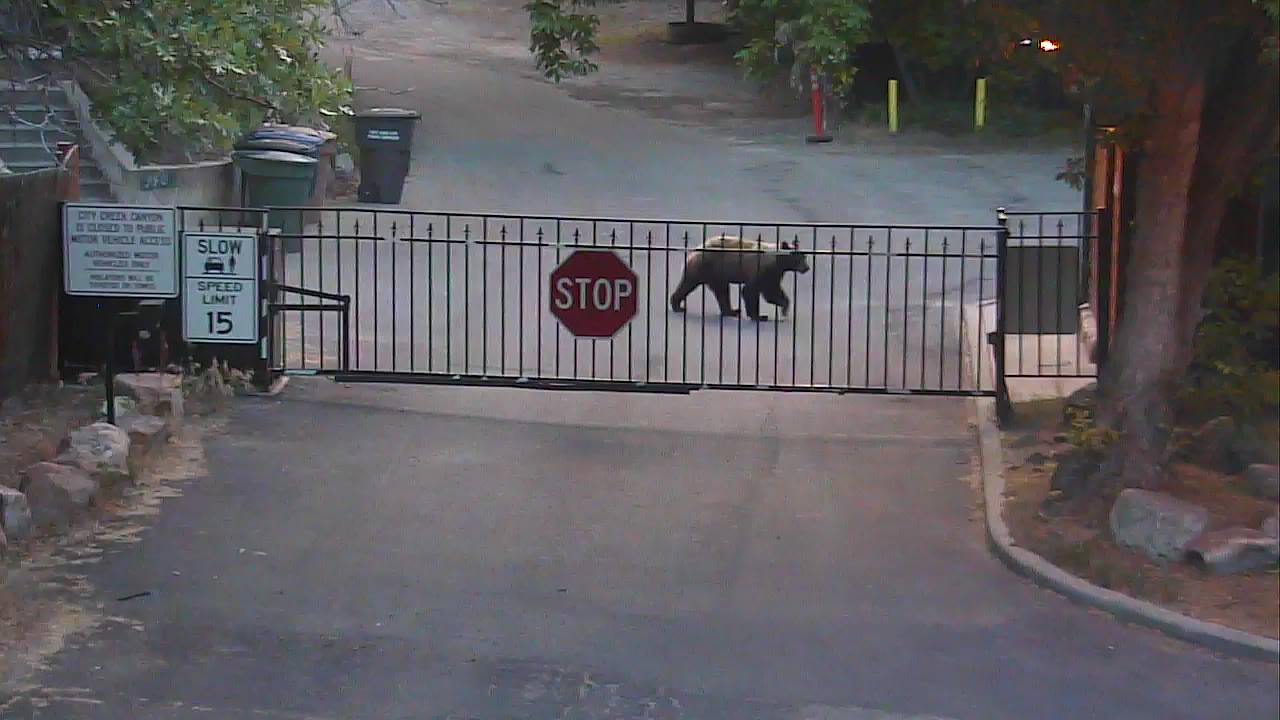