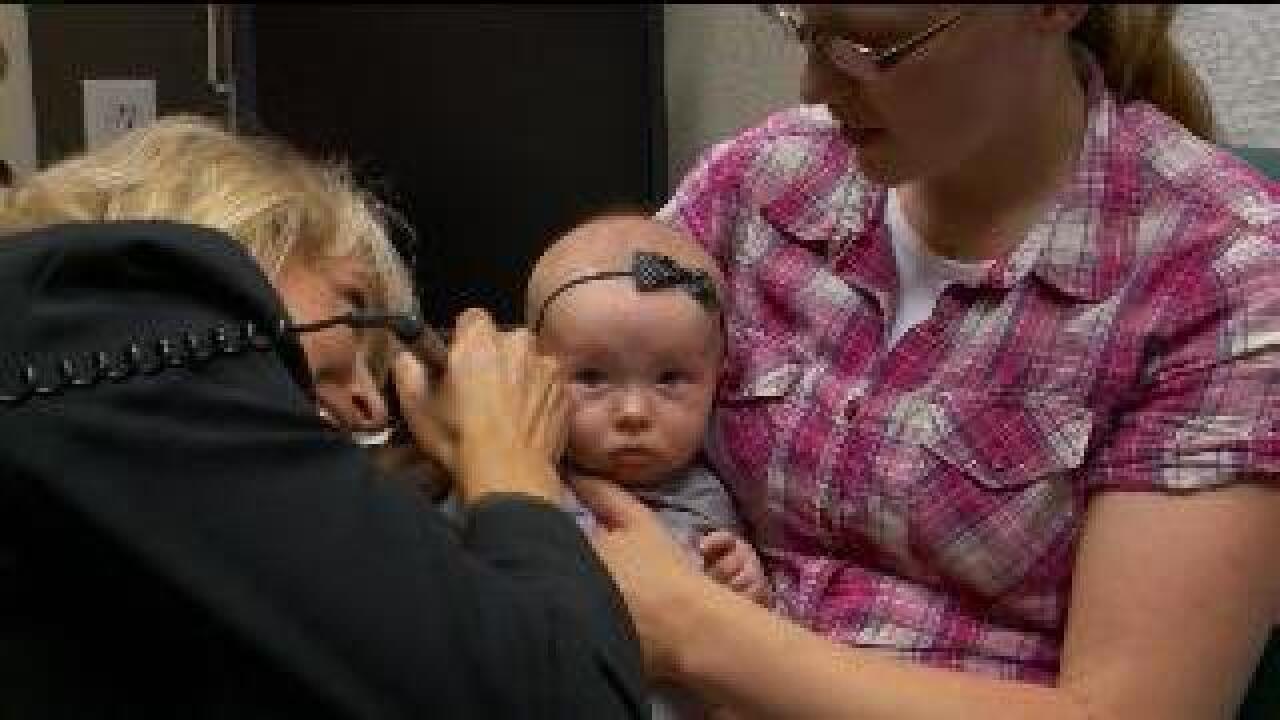 SALT LAKE CITY – Utah has become the first state in the nation to launch an education and screening campaign for a virus called CMV.

Cytomegalovirus affects people of all ages, but doctors in Utah are most concerned about CMV in unborn children.

“It’s a very common virus, and most people will be infected with it at some point in their life,” she said.

McVicar said the virus can be very difficult to detect.

While CMV has no harmful effects on adults, it does have the potential to create problems for babies in the womb. Doctors said if a pregnant woman contracts the virus, then there is a 40 percent chance it will transfer to her unborn child. If it does transfer, the virus can affect the baby’s brain, eyes and ears.

“If the baby becomes infected with CMV it`s called congenital CMV, and one out of five children born with congenital CMV will go on to develop lifelong problems such as hearing loss or developmental disabilities,” McVicar said.

Doctors said about 100 children in Utah are born with hearing loss each year, and they said about 20 percent of those case are due to congenital CMV.

Legislation was passed in Utah, and now The Utah Department of Health is required to educate women about the dangers of CMV in pregnancy as well as ways to prevent it.

“The way to prevent it, and that’s what we`re really hoping to get out to the public of Utah, is good hygiene in terms of washing your hands with warm soap and water for 15 to 20 seconds at a time,” she said.

The law also requires doctors to test newborns for the virus if they fail two hearing tests. McVicar said early testing is important.

“The critical window for determining if a baby is born with CMV… is 21 days, so that test would have to be done prior to three weeks of age to know if the baby has it or not,” she said.

There aren’t currently any FDA approved treatments for CMV, but doctors said studies are being conducted in Utah to try and change that.

For more information about CMV from the Department of Health, click here.