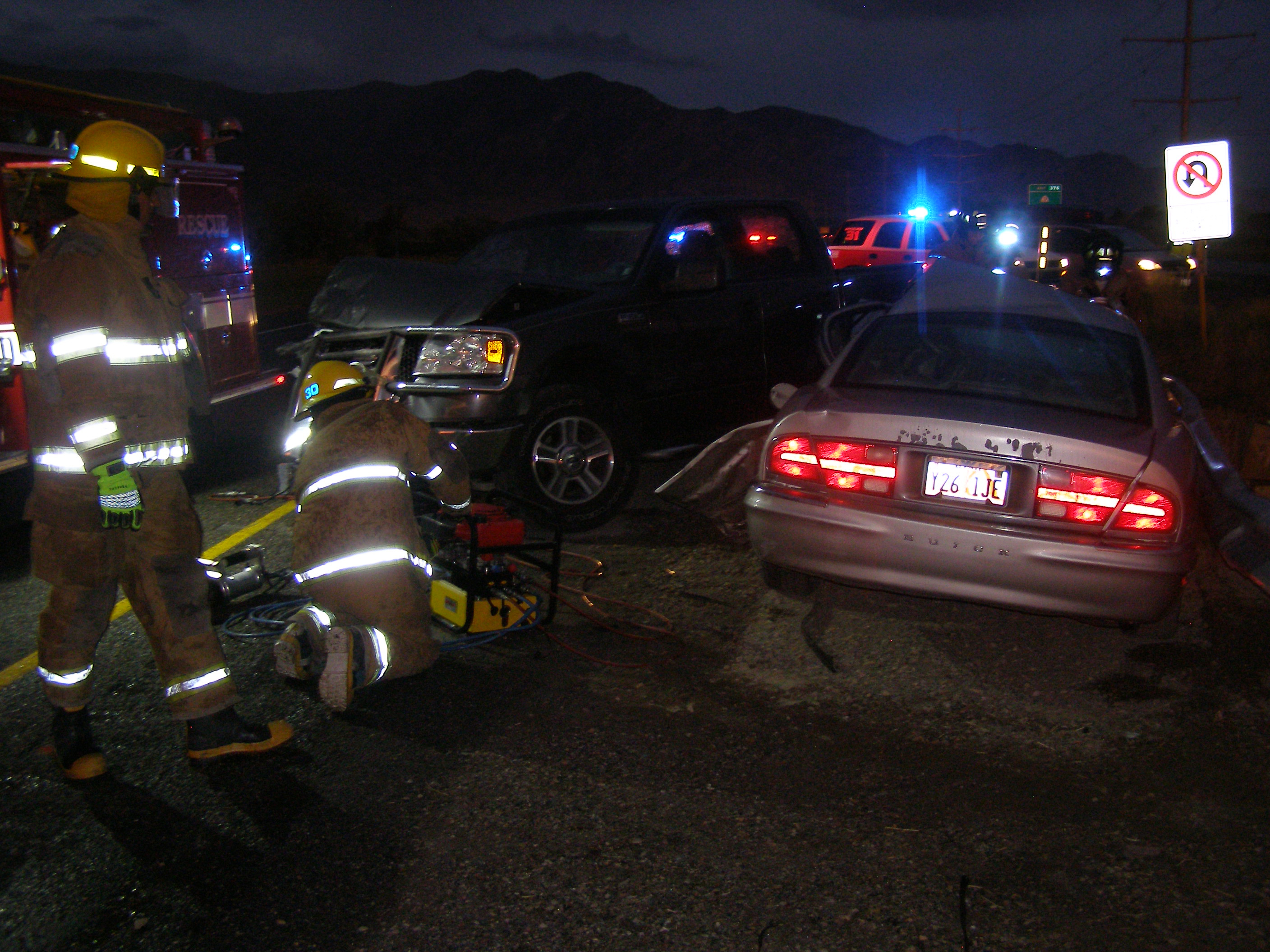 ELWOOD, Utah – A woman was killed and a man was injured after a car accident on I-15 in Box Elder County Saturday night.

According to information from the Utah Highway Patrol, the accident happened at 8:47 p.m. on I-15.

The driver of a Buick entered I-15 near mile marker 376, and when she reached an emergency turn-through near mile post 377.5 authorities said it appears she attempted to turn left from the outside lane across northbound I-15 toward the median turn-through.

When that vehicle was broadside across the inside lane, it was struck by a truck. The driver of the first vehicle had to be extricated by responders, and both drivers were taken to Bear River Valley Hospital in Tremonton.