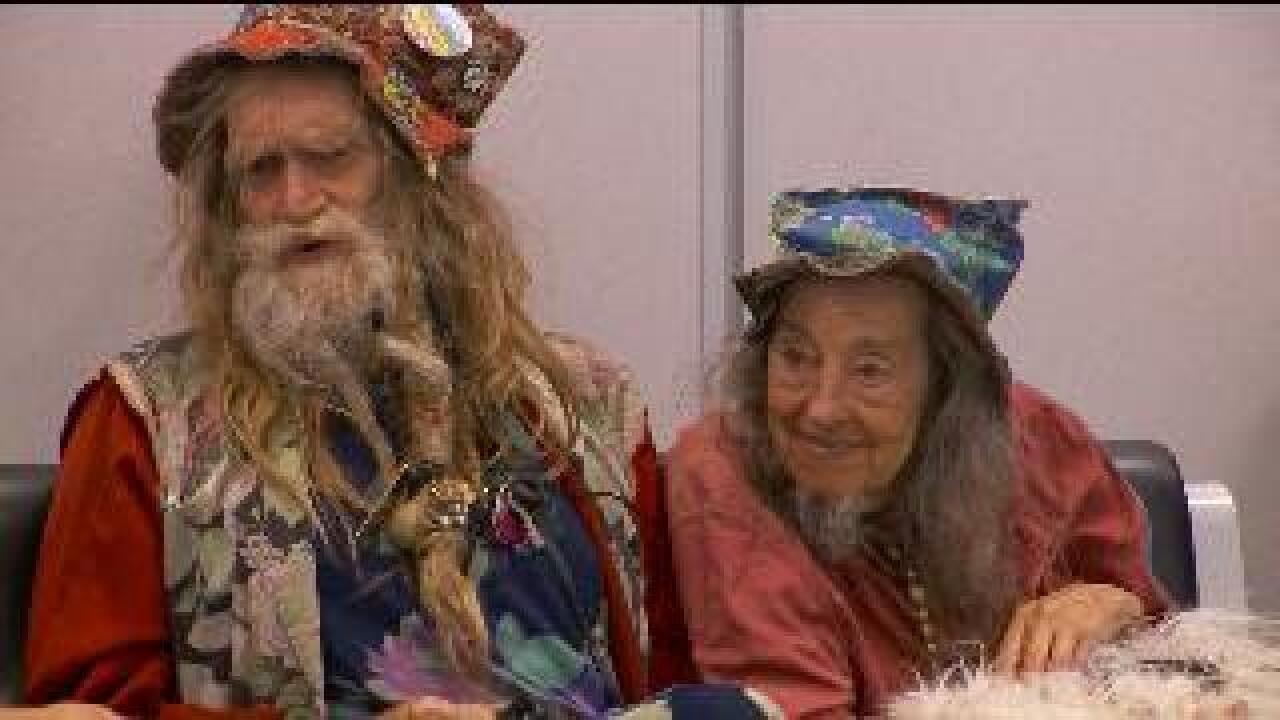 SALT LAKE CITY – A couple of colorful hippies known nationally as Grandma and Grandpa Woodstock were barred from flying out of Salt Lake City for several hours on Tuesday.

The couple had tickets on a Southwest flight scheduled to depart at 8:30 a.m., but the TSA turned them away because the woman did not have ID on her. The Woodstocks said ID hasn’t been something that’s important to them since they tuned in, turned on and dropped out back in the summer of ’69.

The couple came into Salt Lake City on a bus Monday after attending a Rainbow Family gathering in Montana.

“We got married at the Rainbow Gathering, four years ago,” Grandpa Woodstock said.

The couple usually travels to the gatherings by bus, and they said they consider the events honeymoons. But this year they decided to fly home to Woodstock, New York along with their dog Hector. Grandpa Woodstock said they were stymied by the ID requirement.

“She forgot where she put it, probably 10 years ago,” he said of his wife’s identification.

“Just maybe a hold up of 20, 30 minutes while they get searched and they look for records,” Roundy said.

The couple was treated to a bit of celebrity status while they were stuck in the terminal.

“Everybody in the building has got our picture,” Grandpa Woodstock said.

A concerned airport employee looked after the couple and even bought them honeymoon presents at the gift shop, which made the couple happy.

More than four hours after their original flight, the couple was finally cleared for takeoff. Surprisingly, the couple said they enjoyed their time in the airport.

“I'm really glad we got stuck here,” Grandpa Woodstock said. “It helped me spread my message.”

“All we have to do to have peace and love is learn how to love each other like brothers and sisters,” he said.

This is the first flight Grandpa Woodstock has ever been on, which is why he didn’t know about the ID requirement. Grandma Woodstock said she hasn’t flown for several years, and she said that was before stricter security regulations were enacted.