Police release images of shoplifter who threatened employee with knife

SANDY, Utah – Police are asking for the public’s help identifying and finding a shoplifter who threatened a loss-prevention officer with a knife before fleeing.

Sgt. John Arnold, Sandy City Police Department, said there is no doubt the man was shoplifting.

"So there wasn't a question as to what this individual was doing, they have this all on video,” he said. “We have it all on video."

A loss prevention officer confronted the man, planning to take him to a back office while police were called. But Arnold said the suspect didn’t cooperate.

"The suspect in this case told the security guy: 'No, I'm not coming back with you. Matter of fact, you're going to let go of me because I have a knife at your side,’” he said.

The victim felt the blade and backed away from the suspect, but not before he was poked in his midsection. Arnold said the man dropped the merchandise and ran away when the loss prevention officer let the man go.

The suspect could face aggravated felony charges if caught, as opposed to a misdemeanor shoplifting charge. Arnold said they are hoping the public can identify the suspect and his vehicle before he strikes again.

"This is not a minor deal; he changed it into a big deal, and we want this individual,” Arnold said.

The suspect is described as white male in his early ‘20s. He is described as roughly 6-feet tall and as weighing about 175 pounds. He left in a smaller, newer-model station wagon. Both the suspect and the vehicle are pictured in the video above and the photo gallery below.

Anyone with information about the suspect, the vehicle or the incident is encouraged to call Sandy police at 801-840-4000. 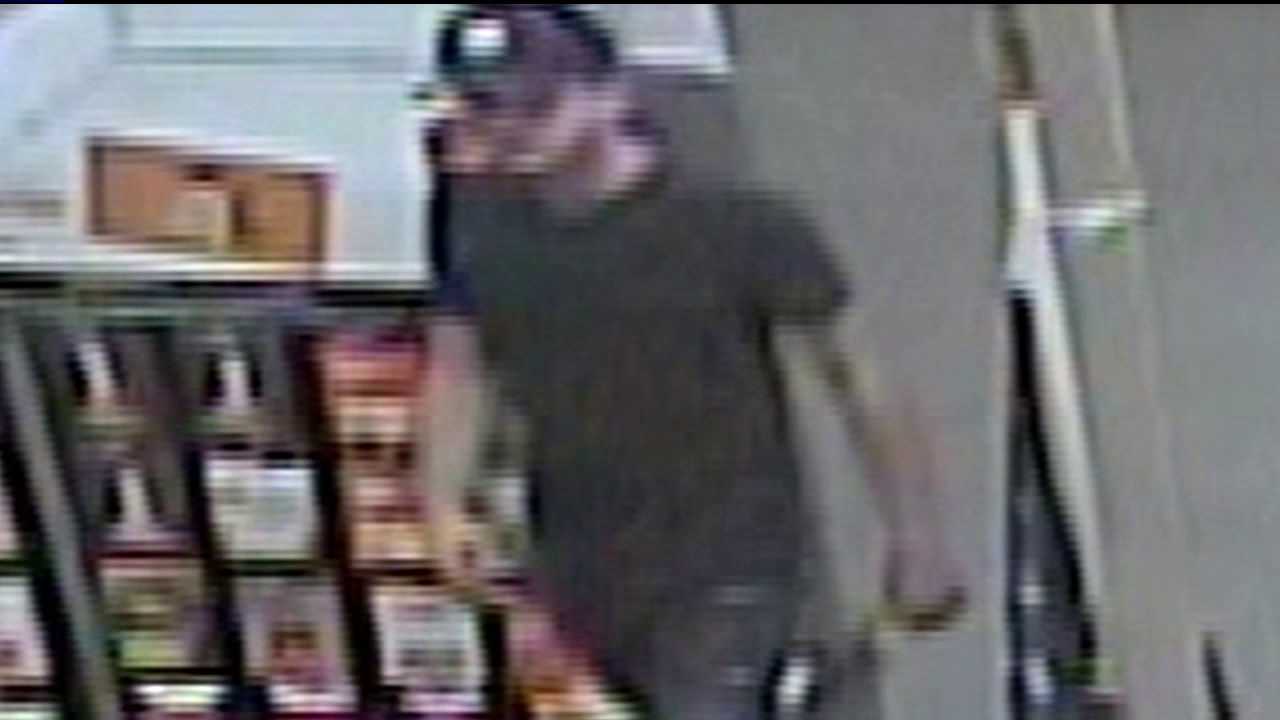