SALT LAKE CITY – Utahns demonstrated in Salt Lake City Saturday to demand justice for Trayvon Martin, and the protest was one of many held across the nation.

The Utah rally only drew several dozen people, but those who attended were passionate about protesting what they call a miscarriage of justice that affects all Americans.

Protester Lynn Moore was one of those who attended.

“I’m outraged,” she said. “I am so angry. We need to fight for the rights of everybody. Not just white people—everybody!”

Moore was one of about 30 people who rallied in front of the Wallace F. Bennett Federal Building Saturday. The crowd waved signs and chanted.

Gregory Lucero said they were eager to raise their voices in protest along with others across the nation.

"Down in Florida, they're occupying the Capitol,” he said. “Here, we’re having a protest.”

The protesters said the point of their rally is to see George Zimmerman arrested and charged with civil rights violations.

“We hope to see George Zimmerman in jail,” Lucero said. “We hope to have a justice system where you can't simply murder someone and get away with it.”

Moore said she was disappointed more Utahns didn’t join them at the rally.

“Utah people: They'll stand in line three days for an iPhone, but they can't come up here for this great cause,” Moore said. "This means something to everybody, not just the black people.” 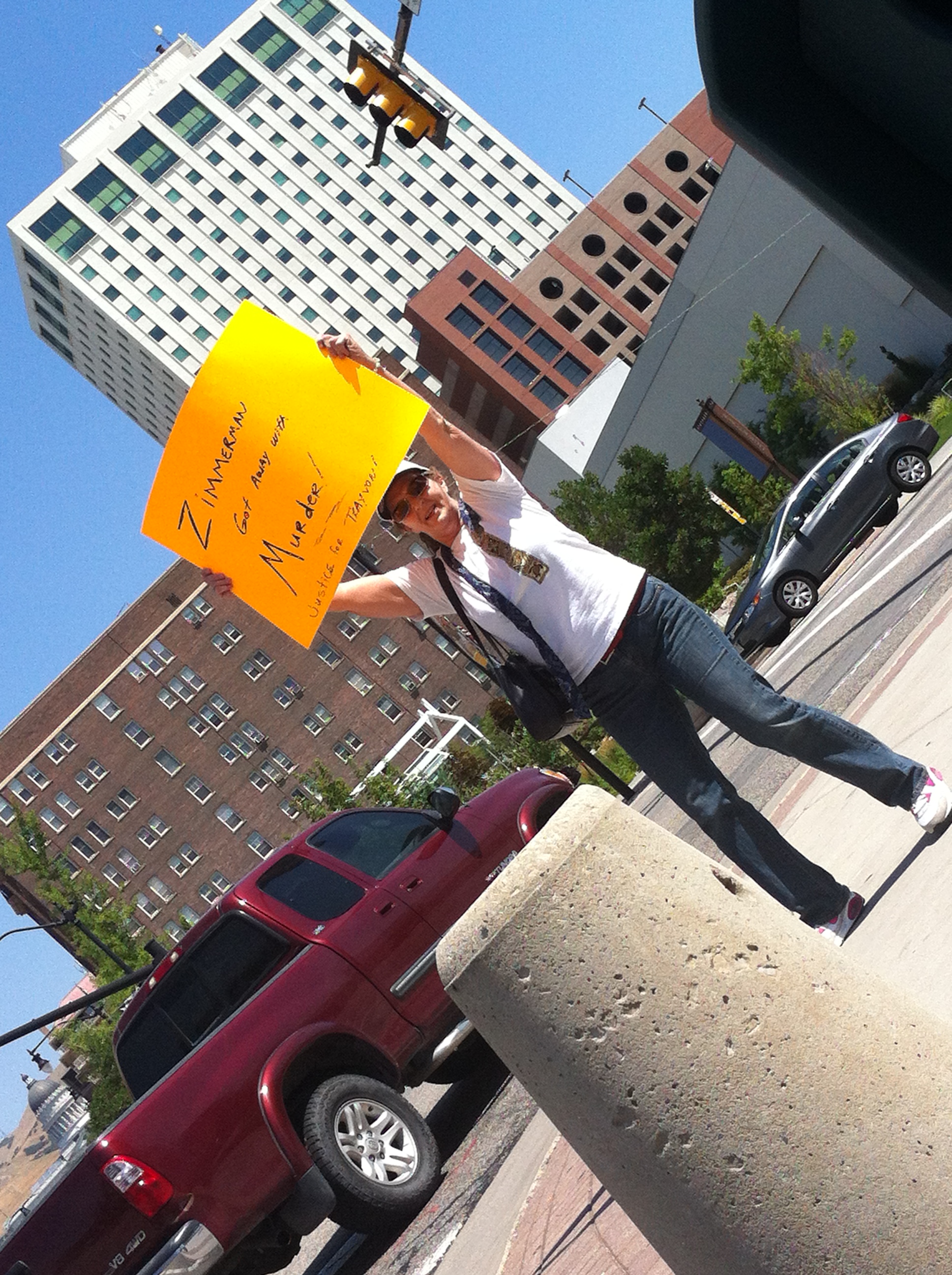