SALT LAKE CITY — Salt Lake City firefighters saved a cat who was found at the scene of a house fire Tuesday morning.

The fire started in the kitchen of a home near 1100 S 1100 E. Salt Lake City Fire Department spokesman Jasen Asay said a neighbor saw smoke coming from the chimney of the home and decided to call 911.

Firefighters arrived shortly before 8:30 and forced their way into the home. They were able to get the fire under control within 10 minutes, Asay said.

Although no people were home, several cats were inside at the time of the fire. Two of them died and another was found unconscious.

“We were able to revive it with a special cat-sized oxygen mask,” Asay said Tuesday morning. “We were able to pump oxygen into the cat and also do some compressions on the cat to revive it. We’ve also heard a fourth cat inside the house meowing, so our crews are looking to locate that cat right now.”

Investigators were working to determine the cause of the fire and to get in contact with the homeowner Tuesday morning. 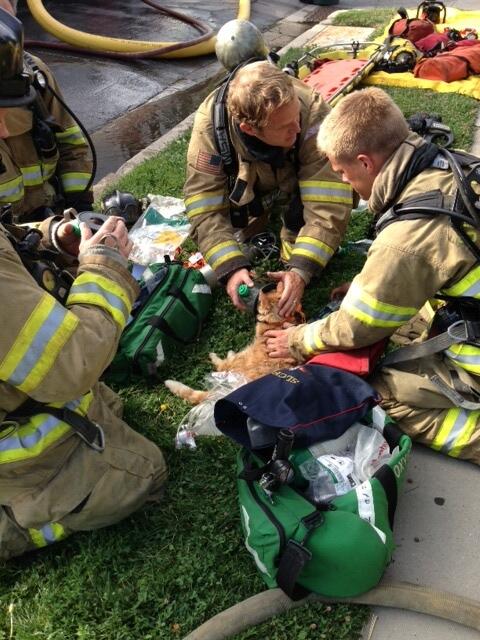