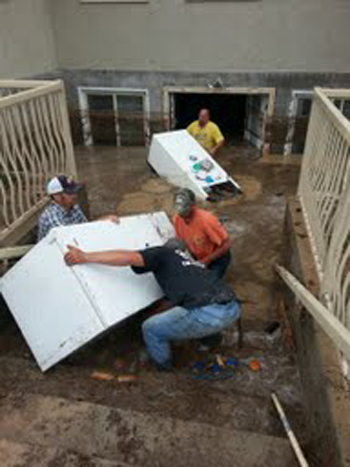 LYMAN, Utah – A home was flooded Wednesday after a canal was breached in numerous locations.

The breaches in the Highline Canal were reported at about 3 p.m. Wednesday, and the basement of a home in Lyman was flooded with 8 feet of water, according to a press release from Wayne County Public Information Officer Kassidee Brown.

According to the release, the residents of the home were not there when the incident occurred. Local responders worked with local construction companies to rebuild the canal bank and try to repair the breaches. The breaches were caused by flooding due to heavy rain fall.

Neighbors, family and friends are working to recover the family’s belongings from the basement, but most of the items are a total loss.