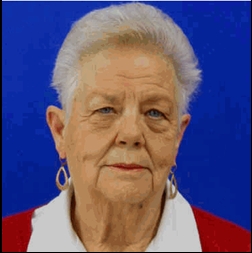 (CNN) — Baltimore Orioles “Iron Man” Cal Ripken Jr. announced a $100,000 reward Thursday for information leading to the arrest and conviction of the man who kidnapped his mother for a day last year, a case that is still unsolved.

“After talking as a family with members of law enforcement and friends, we decided we would try to reignite interest in the case,” the Hall of Fame shortstop told reporters during a news conference at Camden Yards in Baltimore.

Violet Ripken, Cal’s mother, then 74, was abducted at gunpoint the morning of July 24, 2012, from her Aberdeen, Maryland, home. Her disappearance triggered a massive police manhunt and led to national media attention.

Police said at the time that a man with a gun showed up at Violet Ripken’s home then forced her into her car and drove off. She was held captive for nearly 24 hours before being found the next morning in the back seat of her car near her home. Mrs. Ripken’s hands were bound, but she was otherwise unharmed, police said

The kidnapper used Violet Ripken’s credit cards at area rest stops as he drove her across state lines and back, police said. Surveillance camera photos were released that showed a man wearing an orange and black baseball cap with sunglasses on the brim and a light-colored, button-down shirt.

The surveillance photos generated dozens of tips, but none that “panned out,” Lt. Fred Budnick of the Aberdeen Police Department said Thursday.

The investigation has now gone cold.

“At this time there is no new information. We have nothing new on a motive. And it’s still an active investigation,” Budnick said. “It is a troubling case. It is an elderly lady who was taken from her residence.”

The FBI has been involved in the investigation since the beginning, Special Agent Rich Wolf said Thursday.

Authorities have refused to say whether they believe Violet Ripken was targeted or the victim of a random crime.

The Ripken family has now partnered with John Walsh, former host of “America’s Most Wanted.”

“Someone knows who this dirtbag is,” Walsh said Thursday. “Hopefully all this attention will smoke this guy out.”

A serious, somber Cal Ripken Jr. described the strain the ordeal has had on the family.

“It’s been a difficult emotional ride. We want closure. We want to be able to move on. We want to feel a little bit more comfortable. And you don’t know if he will do this again. And so we have a sense of responsibility to the next person. There is a possibility this isn’t the first time he did it and it might not be the last, so you need to catch him.”

Donations from the Baltimore sports institutions including the Orioles, the Ravens, Under Armour and Ripken Baseball have built the large reward.

Ripken earned the nickname “Iron Man” as the Major League Baseball record holder for the most consecutive games played — 2,632 from 1982 to 1998. He played shortstop and third base with the Baltimore Orioles and is a member of baseball’s Hall of Fame.

He retired from Major League Baseball in 2001 after playing 21 seasons with the Baltimore Orioles.

Authorities have asked that anyone with information on Violet Ripken’s abduction to call either “America’s Most Wanted” hotline at 1-800-CRIME-TV or the FBI at 410-265-8080. Tipsters will remain anonymous.