WEST VALLEY CITY -- Police are searching for a man who led them on a high-speed chase that ended in West Valley City Wednesday night.

It began in Taylorsville when police noticed a red car that sped away from a Maverik gas station at 5600 S Redwood and ran a red light.

An off-duty officer followed the suspect, 26-year-old Justin Archer, who led police on a chase on Interstate 215. At one point, police said, Archer turned off the vehicle's lights in an attempt to lose them.

The vehicle came to a stop near 3800 S Maur St. in West Valley City. Police said Archer then fled on foot, leaving two females in the car.

"There were two females, one in the front seat and one in the back, that were still in the vehicle as it was moving. Officers were able to get that vehicle stopped. In that few minutes of trying to get it stopped with the females still in it, they lost sight of him and weren't able to find him," Lt. Rosie Rivera, Unified Police Department.

Archer was last seen wearing a gray tank top, gray shorts and a baseball cap. He faces charges for fleeing an officer. Archer is pictured in the images in the gallery below. 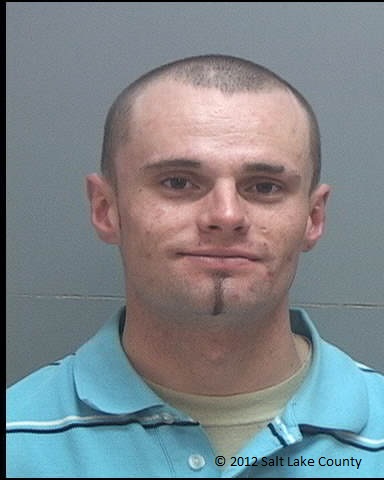