By Amanda Watts and Melissa Gray

The Steamboat geyser at Yellowstone National Park is the world’s tallest active geyser, but it’s unpredictable, sometimes waiting months or decades between eruptions. Once, in the 1960s, it erupted 29 times in a year.

It’s rare to be there when Steamboat wakes up. Its eruptions are massive and impressive, reaching as high as 400 feet and lasting as long as 40 minutes. And the show doesn’t end there: A thick column of thundering steam spews for hours after an eruption, as if it’s a giant steam engine.

Steamboat must have decided it was showtime again on Wednesday. For the first time in eight years, and without warning, the geyser suddenly erupted in a massive spectacle, stunning those on the observation deck, who raced to pull out their cameras.

“We estimate this eruption was about 200 to 300 feet high, and then it just steamed for about 24 hours,” said Yellowstone spokesman Dan Hottle.

It took park rangers about two hours to get there. Because of the number of geysers at Yellowstone — 300, which is more than half of the world’s total — rangers rely on electronic heat sensors placed at each geyser to tell them when one has gone off. Steamboat is in the Norris Geyser Basin in Wyoming.

“When it jumps up, we know we’ve had an eruption shoot up,” Hottle said. With Steamboat, “we saw that jump and then some folks called that it happened.”

Hottle said only about 30 or 40 people saw it Wednesday. Now, fans are pumped up for the next unexpected show.

“For us, it’s exciting. Every time you’re down there, you wonder if that’ll be the time that it erupts,” he said. 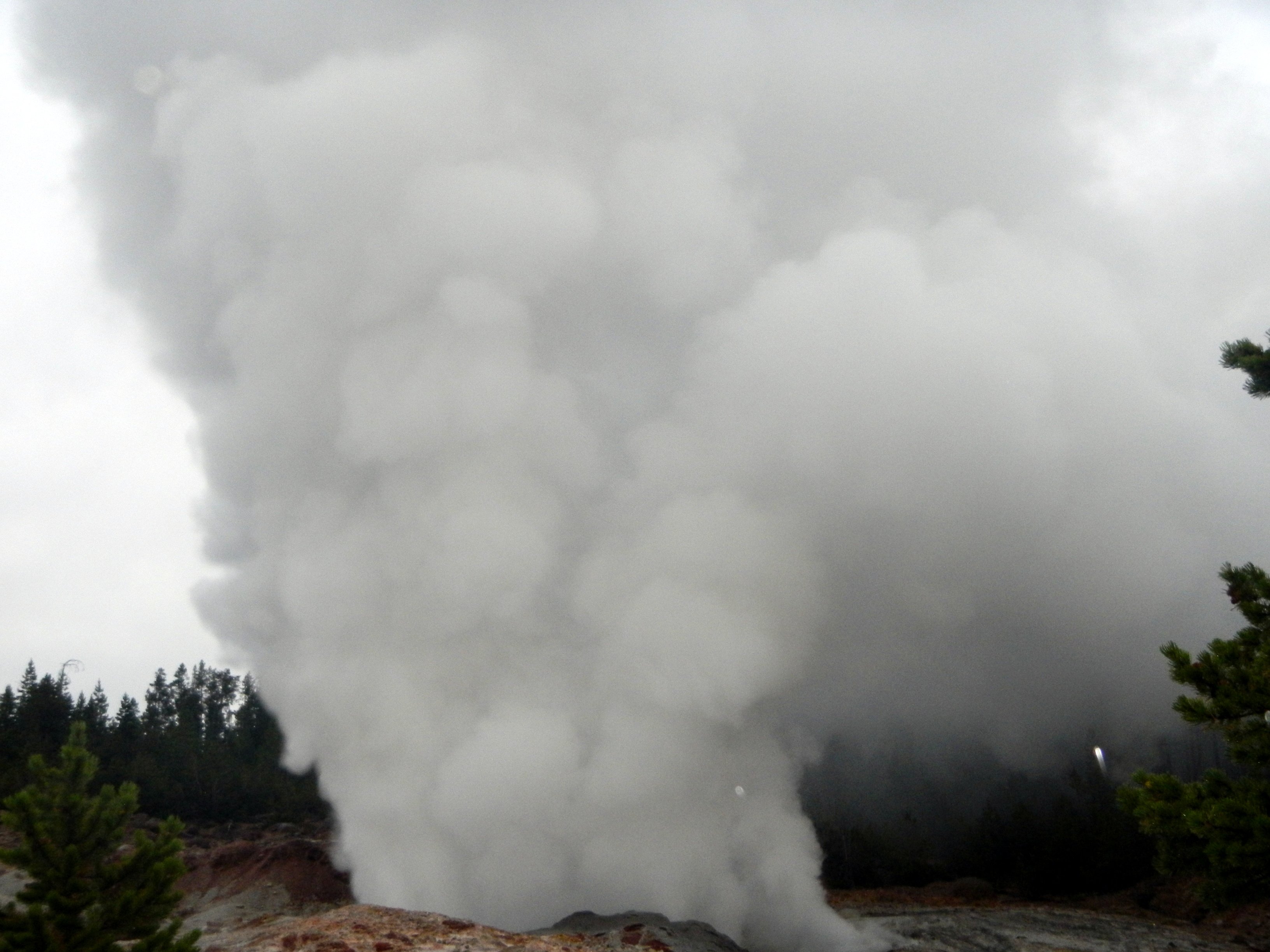