The crash happened around 7:50 at 8530 S 300 E. Sandy police said the truck had swerved to avoid another vehicle that failed to properly yield at a stop sign.

The home's owner, Hagen Barlow, told FOX 13 News his eight-year-old son was in the basement of the home Friday morning, but he decided to bring his son upstairs before leaving for work. He said his son usually sleeps on the couch downstairs.

"It was nerve-wracking when I got the call because all I could think about was how I was going to let him stay down there with the dog. He would've been right here in this corner or he, most likely, he would've been at the fridge getting a drink," Barlow said, gesturing toward the damaged area of the home.

Sandy police are still looking for the driver of the other vehicle, an older model white Cutlass.

Sgt. John Arnold, Sandy City Police Department, said the Cutlass' driver may have been blinded by the sun and may be unaware of the crash.

"At 7:50 in the morning and they're looking to their left, to the east, you have sun that direction," he said. "You have other obstacles." 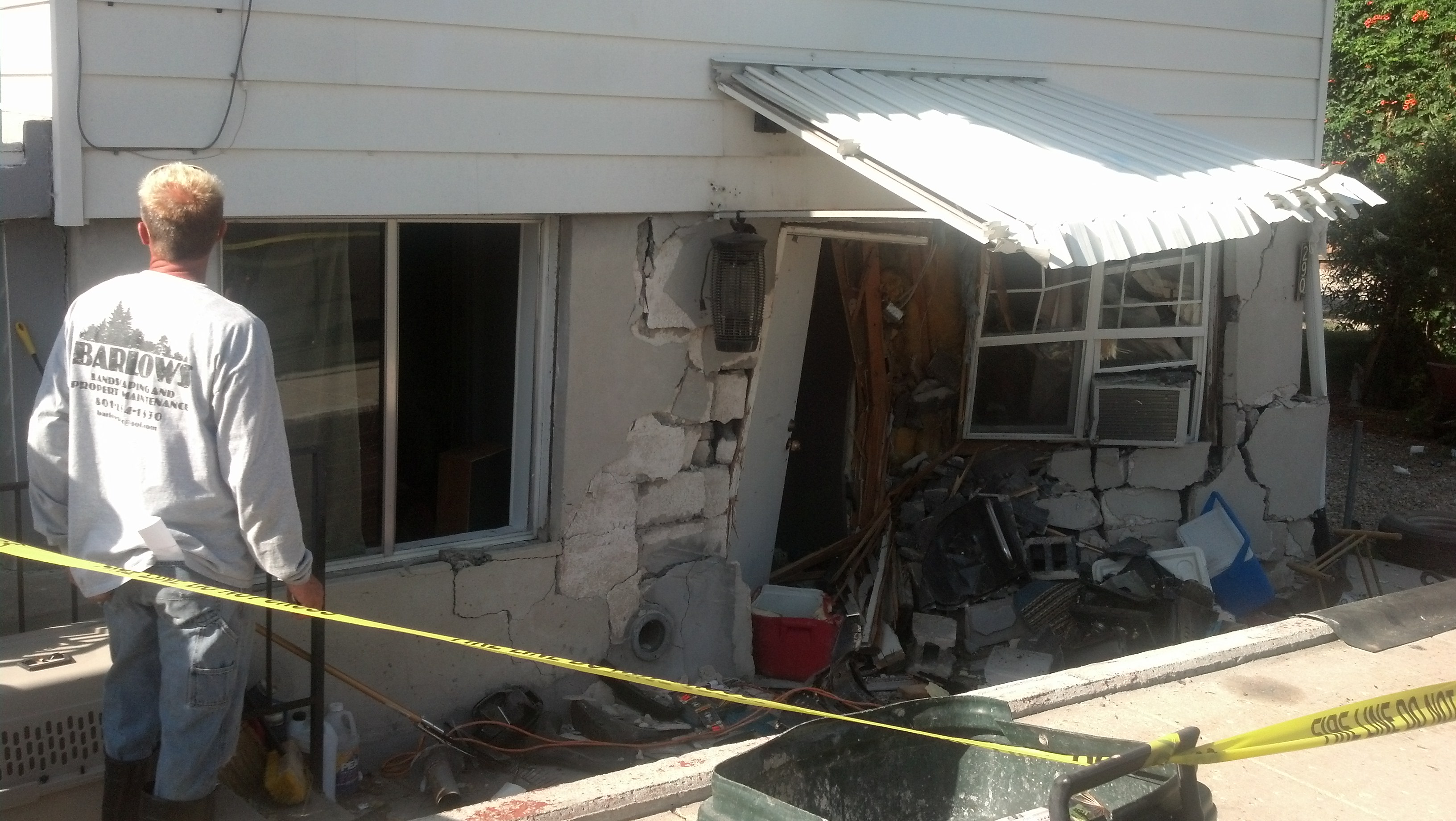