The statue disappeared from its home at 926 South and 900 East on Monday. After it went missing, community members took to social media to spread the word in hopes of locating the dinosaur.

Some residents said the dinosaur is a community landmark, and they were devastated when they learned he was gone.

Rapty belongs to Janelle Smith and her family. She said a jogger discovered Rapty in an alley near the Smith home Tuesday morning, and the statue only sustained minor damage. The family said they are now taking measures to make sure he remains in his spot.

The Smiths said the statue’s latest disappearance isn’t the first. Rapty went missing several years ago, and was gone a whole year before being returned. 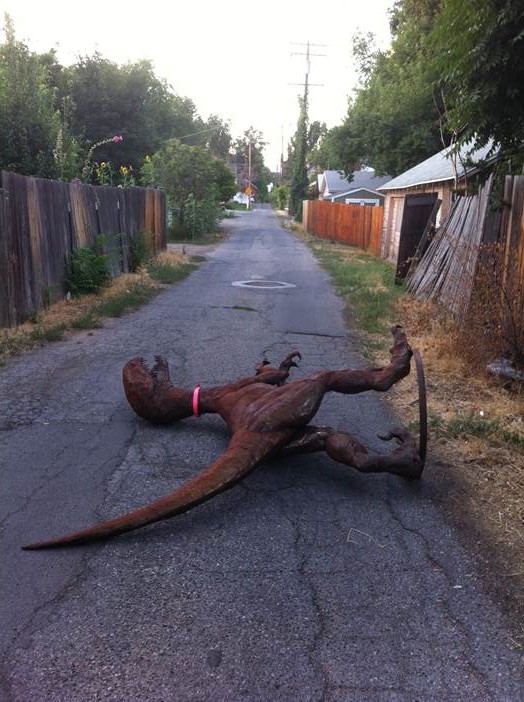