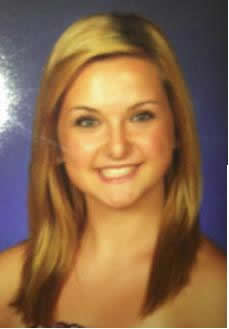 By Michael Martinez and Paul Vercammen

SAN DIEGO (CNN) — Kidnapping and murder suspect James DiMaggio, sought in a national manhunt, may be armed with improvised explosives or may have rigged his car with them, San Diego County Sheriff’s Department spokeswoman Jan Caldwell said Thursday.

“Working on the theory that he abandoned the car, we think there is a possibility that the car might be rigged,” Caldwell said. “So we want to put out there for civilian safety, for officer safety, if you see the car, do not approach it but call law enforcement.”

Authorities made the announcement as they search for DiMaggio, who is suspected of abducting as many as two children after killing their mother in a fire. On Wednesday night, Nevada became the fourth state to issue an Amber Alert for the suspected child kidnapper. California, Oregon and Washington also issued the high alert.

DiMaggio enjoyed camping and hiking, so “there is a possibility he could be hunkered down somewhere in a rural area — not just in southern California but anywhere up and down the state, the Northwest, Canada and down in Mexico,” Caldwell said.

Meanwhile, DiMaggio was described as being so close to the family whose life he allegedly turned upside down that he was considered part of it.

DiMaggio came into the lives of Brett and Christina Anderson months before their daughter Hannah, now 16, was born.

Now, there is a nationwide manhunt for DiMaggio, who is suspected of kidnapping Hannah Anderson and possibly her brother Ethan, 8.

DiMaggio was such good friends with the family that Brett Anderson can’t reconcile the man he knows with the crimes he is suspected of.

“I have been through every scenario in my brain,” Brett Anderson said. “There was nothing ever to show any indication of this.”

DiMaggio joined the family on camp-outs and was always friendly toward them, he said.

“I can’t fathom what happened in Jim’s head. He obviously just lost it,” Brett Anderson said.

“You’ve taken everything,” the father pleaded to DiMaggio in the interview. “The damage is done. Just let my daughter go, Let her go home safe, let her be with me and try to mend things from there.”

Authorities are counting on the public for clues that may lead them to DiMaggio, 40.

“We’ve got law enforcement agencies across the country looking for them and following up on tips that are being called in,” San Diego County Sheriff’s Department Lt. Glenn Giannantonio told CNN on Thursday. “We’ve received numerous tips, I’d say probably well over 100, possibly hundreds of tips from across the country. Every tip that can be followed up on has been followed up on or is currently being followed up on.”

On Wednesday, an Amber Alert was issued in Oregon for Hannah and Ethan.

The alert was broadcast after a possible sighting of a vehicle wanted in connection with the case, Oregon police said.

An arrest warrant for murder has been issued for DiMaggio. In the event of his arrest, a judge has signed off on a $1 million bond, said San Diego County Superior Court spokeswoman Karen Dalton.

Also found in the DiMaggio’s burned home were charred human remains consistent with those of an 8-year-old child, Giannantonio said. The remains were so badly burned that carrying out a DNA test is proving difficult, he said.

It is possible that the remains are those of Ethan, but until there is a positive identification, the sheriff’s office is treating him as a missing person.

There have been some hints that DiMaggio was traveling to certain areas, but nothing has panned out, Giannantonio said.

“He could be anywhere at this point,” he said.

Brett Anderson said that when he heard that a body was found in DiMaggio’s burned-down house, he thought it was DiMaggio who had perished and was sad for him. “Things just downward spiraled from there,” he said.

DiMaggio was the owner and sole resident of the burned home where Christina Anderson’s body and the remains of the child were found.

One witness said that DiMaggio had a crush on Hannah, but evidence to corroborate that has not yet surfaced, Giannantonio said.

The remains of Anderson, of Lakeside, California, were found while firefighters extinguished a blaze that broke out at DiMaggio’s home in the enclave of Boulevard around 8 p.m. Sunday.

Authorities believe she was killed. Her mother, Sara Britt, said Christina Anderson was 44 years old, not 42 as earlier reported.

Hannah Anderson was last seen at 3 p.m. Saturday at cheerleading practice, according to Britt and her other daughter, Jennifer Willis. Ethan was supposed to be at football practice at 8 a.m. Sunday but never showed, the two relatives said.

DiMaggio’s former wife, who was married to him for only six months, said he didn’t show any violent tendencies during that period, but instead was a “nerdy” guy who showed a keen interest in video games, in particular, the game “Everquest.”

“I would complain about the virtual reality game he would play all night. It was ridiculous. It was consuming him. It was addictive,” the ex-wife, who wished to remain anonymous, told HLN’s Nancy Grace.

“He is not a materialistic person, and he’s very resourceful,” she said.

The suspect’s ex-wife added that she did not believe there was a romantic relationship between DiMaggio and the slain woman, describing their relationship as a “brother-sister type of deal.”

California authorities also issued an Amber Alert. Once they did, information was distributed to residents’ cell phones statewide through the Wireless Emergency Alert program, according to the California Highway Patrol.

The wireless program was instituted in December 2012, and this was the first time it had been used statewide, Highway Patrol public information officer Erin Komatsubara told HLN.

On HLN’s “Raising America” on Tuesday, the children’s aunt, Andrea Saincome, said that DiMaggio had known the family for years and that it would not have been unusual for the mother and children to be at his house.

“There was nothing out of the ordinary,” Saincome told HLN’s Christi Paul. “He seemed like a genuinely nice guy. He was close to the kids, and he was friends with my sister and my brother-in-law.”

The sheriff’s office released several photos of DiMaggio, and Giannantonio said he was believed to be driving a blue, four-door Nissan Versa with California license plate 6WCU986.

However, he might have switched vehicles, taken public transportation or be hunkered down somewhere, Giannantonio said.

He asked for the public’s help, as did San Diego County Sheriff Bill Gore .

“We need all the eyes and ears out there we can get in trying to find both DiMaggio and hopefully those two kids,” the sheriff said. “Citizens should not try to interfere with this person at all. He’s already proven he’s a pretty dangerous fella.”

Anyone with information about the case is asked to call the San Diego County Sheriff’s Department Homicide Detail at 858-974-2321 or submit an anonymous tip to Crime Stoppers at 888-580-8477.