WEST JORDAN, Utah -- When 37 power poles made from mature Douglas fir tree trunks fall in one weather related event, you know you're dealing with something powerful.

A tornado or hurricane? No.

In Utah, high wind damage often comes from something called a microburst, and while Rocky Mountain Power has not definitively blamed a microburst for the domino of power poles, scientists and engineers are clearly leaning that way.

"They do cause a lot of grief for us. There's no doubt about that," said Scott Derrick, the Central Utah Field Operations Director for Rocky Mountain power.

Derrick showed FOX 13 News some of the downed poles along with the replacement poles, all standing in place a mere three days after their predecessors fell.

"I don't recall there was ever a time to this extent where we had this many poles down in a concentrated area," Derrick said.

"It was a very small phenomenon, but it must have been pretty powerful," said Larry Dunn, the Meteorologist in Charge of the Salt Lake office of the National Weather Service.

Dunn says dry microbursts are common in Utah and other areas with hot, dry climates. Proving the point, as we talked with him, his fellow meteorologists saw a microburst develop on the north east side of the Salt Lake valley, with 54 mile per hour winds knocking over garbage cans and ripping off tree limbs.

So what is a microburst? Dunn said it's created by what can be a very small amount of precipitation on a hot day.

"That precipitation evaporates and when it does, it cools the air,” Dunn said. “So then you've got this rain-cooled air, this heavy dense air compared to the air that was already there, and it just falls to the ground. It goes right down, it hits the ground and it usually spreads out in all directions.”

That dropping air hits the ground and splatters out in all directions, creating winds that can reach 80 miles per hour and higher.

The power lines in West Jordan were meant to withstand 80 mile per hour wind when they were put up in 1984. The new ones should hold up in winds that reach 90.

The weather also caused damages in other places Thursday, including the tree pictured below on 320 East and 11th Avenue. 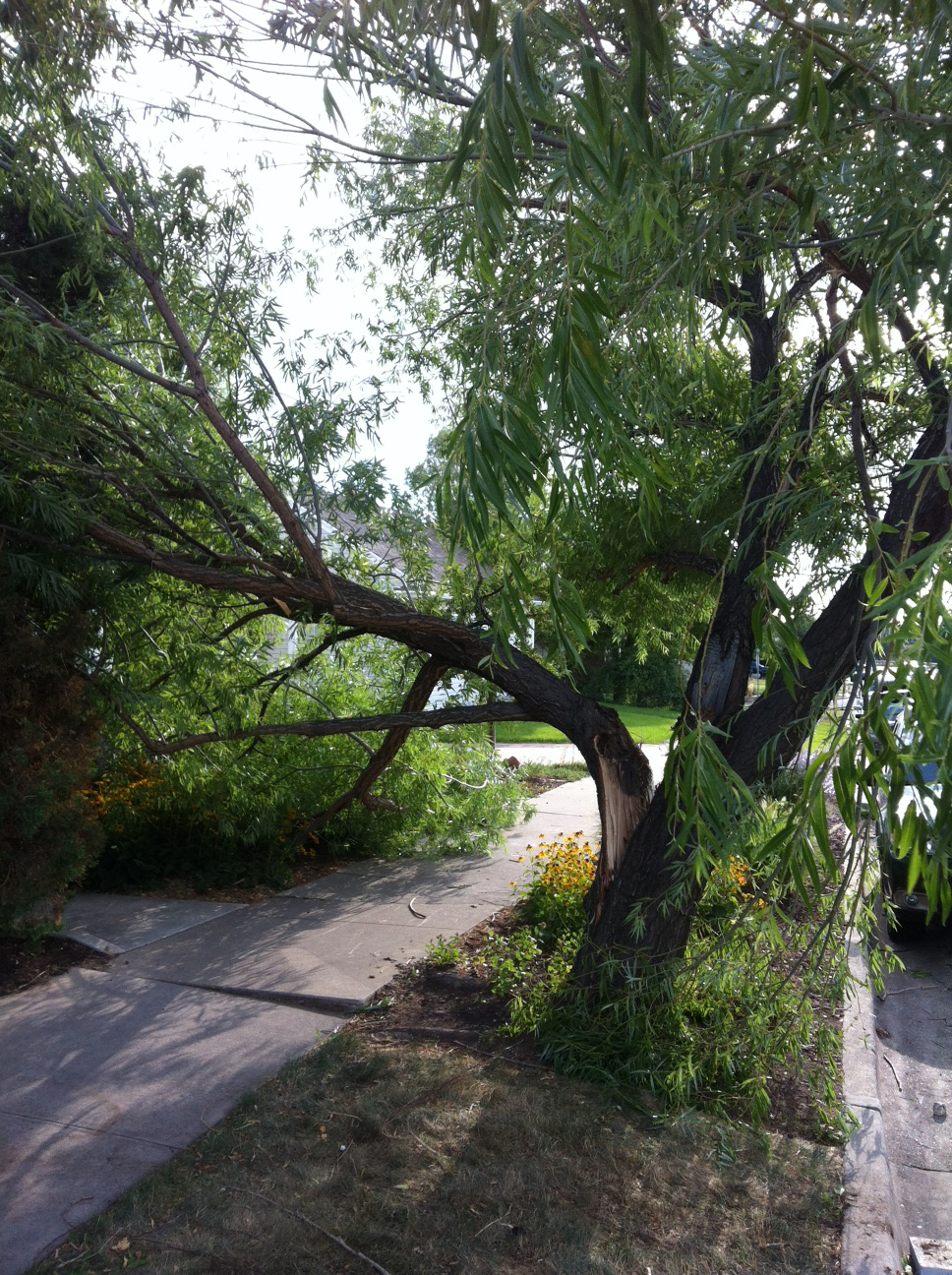