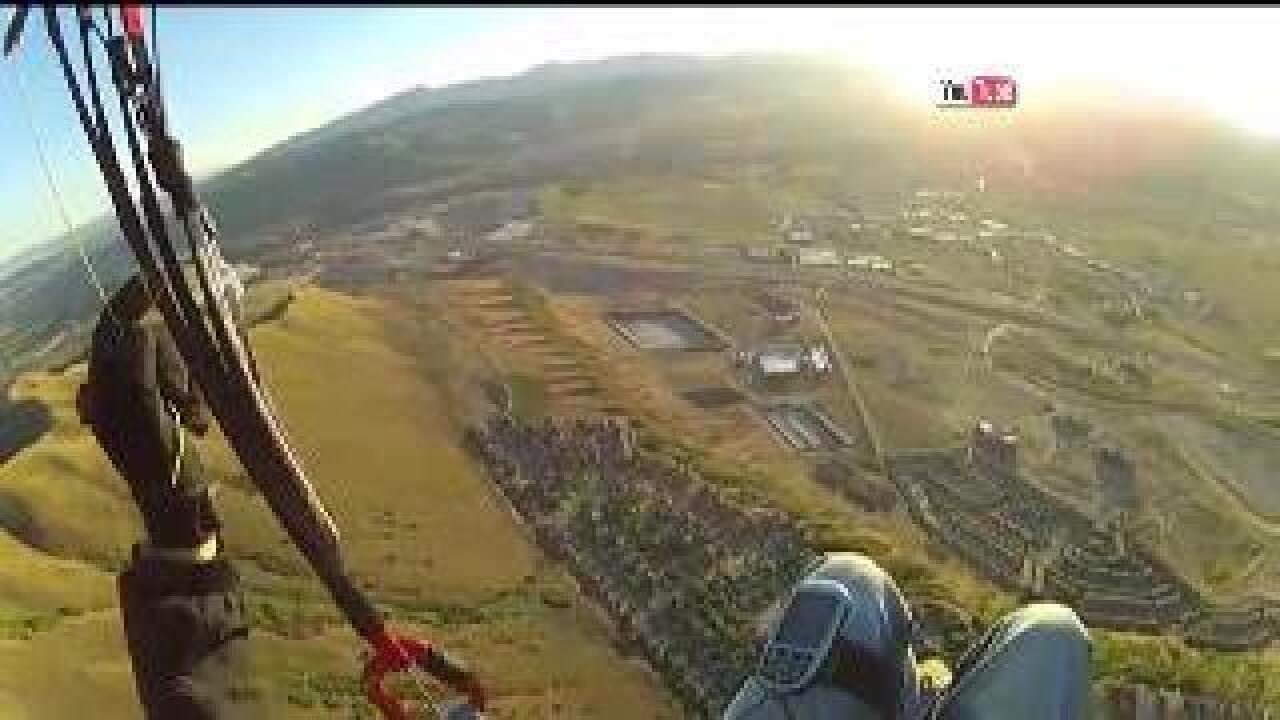 Those glider pilots were the first to notice.

"We've gotten them to take control measures way beyond anything they've ever done and they still can't control it," said Chris Hunlow, who has built a business out of flight instructing and guiding.

Utah Physicians for Healthy Environment President Dr. Brian Moench said his organization has been taking reports from residents in the area complaining of coughing and trouble breathing.

"We think there's a very significant likelihood that some citizens out there are already experiencing adverse health consequences," Moench said.

Moench said the sand from Geneva's mining contains silica, which infiltrates the lungs, leading to a disease called silicosis.

Geneva Rock said they operate an environmentally friendly mine that provides more gravel than any other company on the Wasatch front.

"We are very, very aware, very concerned of the environment and of the paragliders. We did a land swap to create the gliders park, we do a lot of recycling, and we make about 35 percent recycled asphalt," Spokesman David Przybyla said.

Geneva did not offer Fox 13 any specific measures of their pollution. Instead, they said they comply with local, state and federal guidelines.