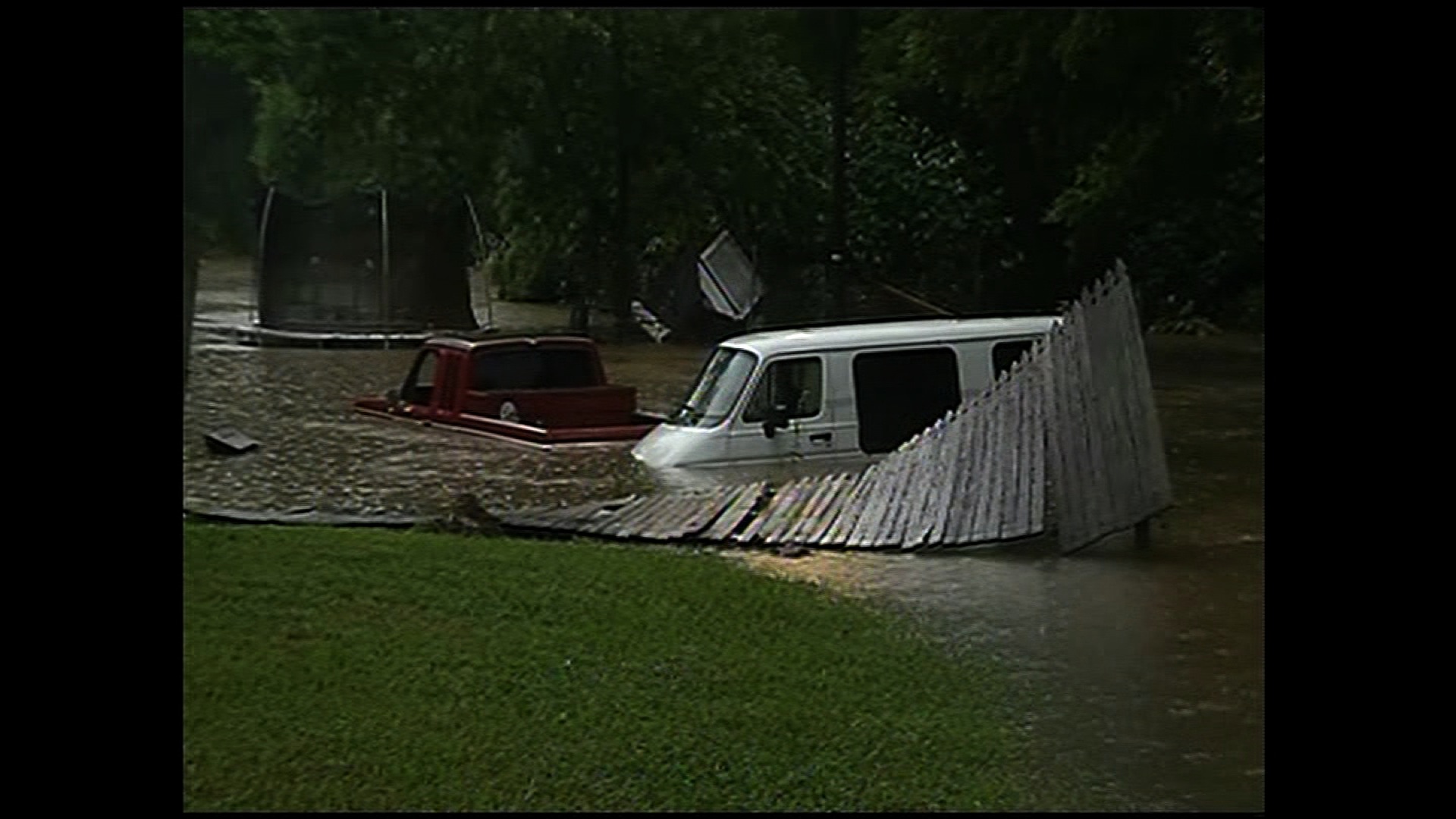 By Stephanie Gallman and Greg Botelho

(CNN) — Roads ripped to rubble by floodwaters up to 10 feet deep, rushing up to 30 mph. Shattered homes near others still standing upright. One person dead, three others missing.

That’s the harsh reality police, firefighters and residents were dealing with Saturday in Manitou Springs, a mountain community of about 5,000 people just west of Colorado Springs, after sudden, raging waters tore through the area.

Under mostly sunny skies, crews spent the day looking for the missing and combing through wreckage wrought by floods triggered by intense rain.

Locals such as Justin Blount, meanwhile, tried to make sense of what happened.

He was in a Manitou Springs cafe, working on its owner’s computer, on Friday when water suddenly, perilously started flowing in front of the building. He and others — one of them wheelchair-bound — heard the water rushing below them as they finally got in an elevator and crept up to safety.

“It was like a raging river, a black river coming down,” Blount told CNN affiliate KUSA, dry after his 2½ hour ordeal the day earlier. “… It was wild. I’m still in a little bit of shock.”

His central Colorado town, at the foot of Pikes Peak, was one of several nationwide that have been impacted by wet weather and floodwaters in recent days.

Showers and thunderstorms were expected from the Pacific Northwest to the Deep South.

In addition to a pocket of Colorado, flash-flood warnings were in effect Saturday for parts of Washington and Oregon, as well as much of New Mexico. There were flood warnings — which arise when water levels in rivers and other waterways rise to precarious levels — in Oklahoma, Kansas, Arkansas, Missouri and South Carolina.

Some communities bracing for wet weather were coping with the aftermath of earlier devastating floods. A flash flood watch was in effect through 9 p.m. (11 p.m. ET) in Manitou Springs, for instance, given the threat that could be caused by more heavy rains.

The dangers there are exacerbated by last year’s mammoth Waldo Canyon wildfire, which — as Lt. Steve Schopper of the Manitou Springs Fire Department explained — made the soil saturated, unstable, “kind of waxy” and little help in curbing rushing waters.

“It’s like liquid cement,” Schopper told KUSA, noting that those caught up in the rocks, trees and other debris have little chance to escape. “… You’re not swimming out of this. It will rip your clothes off.”

Video of the mudslide showed cars sliding swiftly down an incline while others remained stranded in rushing, gray-colored water.

The search, meanwhile, continued for three others.

One is a petite blonde woman “seen near the creek at one moment hanging in a tree and then not seen the next,” Manitou Springs Police Chief Joe Ribeiro said Saturday. Two other men were also reported missing by a family member and a neighbor.

In Oklahoma, floodwaters swept away and killed a man who was trying to save his daughter from a stranded vehicle early Friday. Vincent Brown was attempting to rescue his daughter who had become stranded in high water in her vehicle, Oklahoma City Police spokesperson Sgt. Jennifer Wardlow said.

Wardlow said Brown’s daughter was wading toward her father. She turned to retrieve some items in her vehicle, and when she turned back around, he had been swept away by fast-moving floodwater that had rapidly appeared in Oklahoma City overnight.

Evans, 23, was found outside his vehicle, which ended up about a mile downstream, said Kelley, who added that Evans is believed to have drowned.

At least two people were reported killed in Missouri this week, including a driver who was caught in rapidly rising water in McDonald County on Thursday, said Gregg Sweeten, the county’s emergency management director. The woman, thought to be in her 60s, had been trying to drive over a bridge when the water overwhelmed her vehicle, Sweeten said.

On Monday, Elijah Lee, 4, died after 6 inches of rain fell on Pulaski County, about 140 miles southwest of St. Louis. The boy was found in a vehicle swept up in floodwater that caught the community along Mitchell Creek off guard, said Sgt. Dan Crain, a Missouri Highway Patrol spokesman.

CNN’s Melissa Lefevre and Emily Smith contributed to this report.