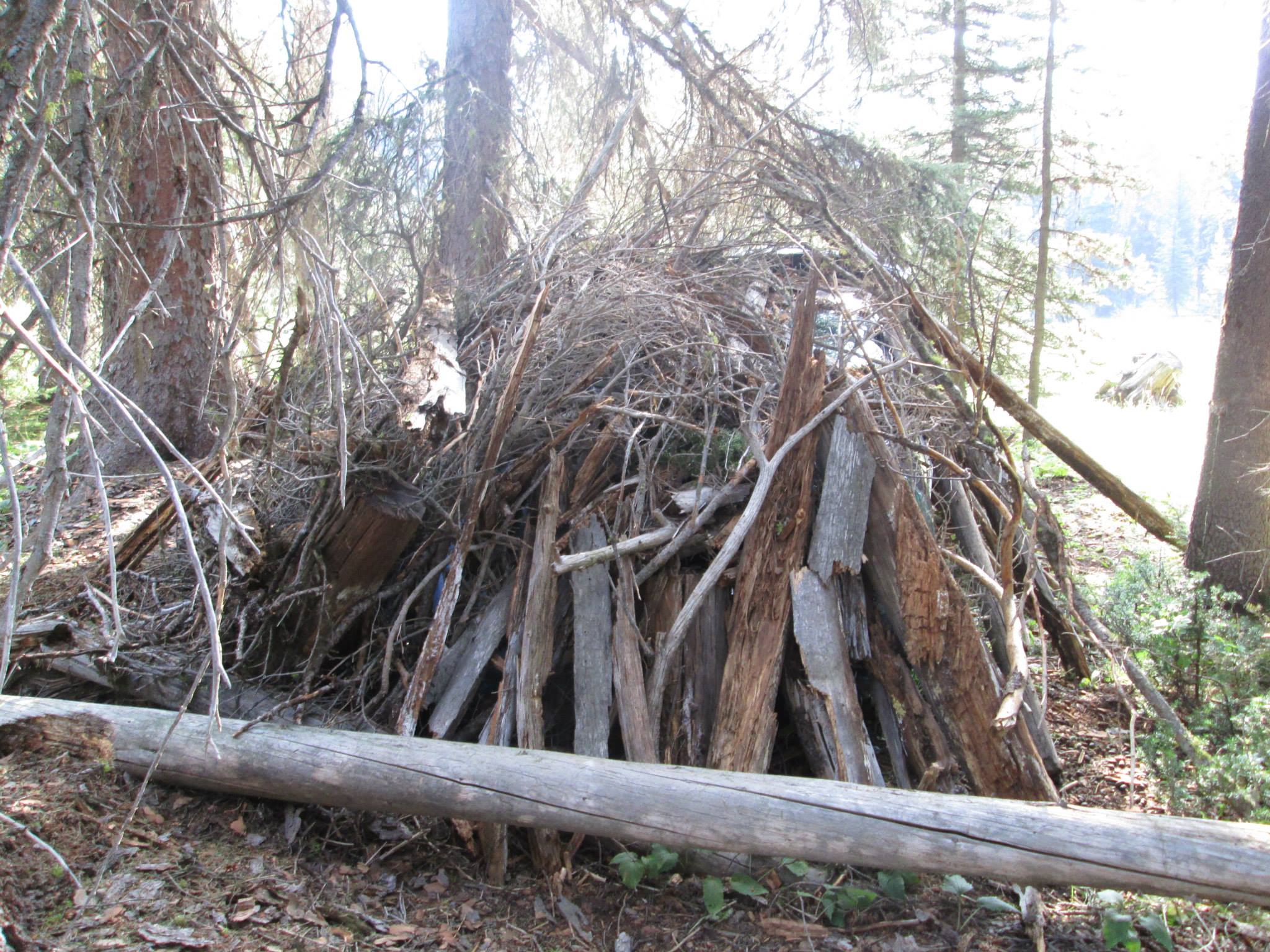 That’s how Mark John, an Idaho man who spotted and helped lead authorities to James DiMaggio and 16-year-old Hannah Anderson, described the pair.

DiMaggio is now dead, shot and killed by an FBI agent in the Idaho wilderness.

He was suspected in the slayings of Hannah’s mother and brother in California and in the girl’s kidnapping.

John, his wife, Christa, and another couple, Mike and Mary Young, were out on horseback when they happened upon DiMaggio and Hannah on Wednesday twice, once on a trail and once at a lake.

All their gear looked brand new, said John. They had no rain equipment.

Another flag, said Mike Young, was that DiMaggio said he was headed for the Salmon River, but was going in the wrong direction.

Hannah hid her face and looked kind of scared, he said. Young and the others thought that maybe their horses had frightened her.

She and DiMaggio were hiking. He had a backpack. She was wearing what looked like either sweatpants or pajamas, Young said. He noticed they had a two-man tent set up in a ridge.

The camping spot had no water, and a tent on a ridge would act like a “lightning rod,” Young said.

“Usually when you meet people in the back country, you have a pretty good encounter, you know, and talk about where they’ve been and where they’re going. But they didn’t want to talk,” he told reporters.

After their group passed DiMaggio and Hannah, he turned to the others and said he thought something wasn’t right.

“Just kind of a gut feeling, you know, like they didn’t belong,” said Young.

‘One chance in a trillion’

Their group ran into DiMaggio and Hannah later at a lake. The girl was soaking her feet in the water, and DiMaggio was off to the side petting a gray cat, said John.

Just as he and the others were getting ready to go, Hannah said something that made little sense at the time.

“She said, ‘Looks like we’re all in trouble now,’ or ‘We’re in real trouble now,'” said John. “I thought it extremely strange.”

No one in his group was aware of the massive manhunt under way.

Hannah had been missing since August 3. The bodies of her mother, Christina Anderson, and 8-year-old brother, Ethan, were found one day later in DiMaggio’s burned house in San Diego County, California.

After he and his wife got home Thursday, he turned on the television and saw an Amber Alert for Hannah. She looked like the girl they’d just seen.

“For us to be there at the precise time to interact with them — it’s one chance in a trillion,” Christa John said.

Her husband’s call set off a series of events that ended late Saturday in DiMaggio’s death and Hannah’s rescue.

Hundreds of law enforcement agents scoured 300 square miles of rough terrain, hampered by the smoke from nearby wildfires.

They spotted the pair’s campsite near Morehead Lake, Idaho. The topography was so steep that helicopters had to drop authorities off far away from the camp.

Hostage rescue teams hiked more than two hours to get to the scene.

Authorities ushered Hannah to an area where a helicopter could whisk her away.

At some point, a “confrontation” ensued between authorities and DiMaggio, San Diego County Sheriff Bill Gore said. An FBI tactical agent shot and killed the murder and kidnapping suspect.

CNN’s Greg Botelho and Holly Yan contributed to this report.