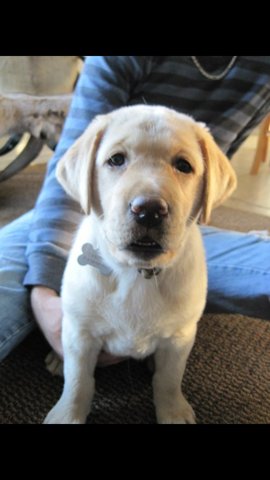 (CNN) — A Washington state fireworks seller pleaded not guilty Thursday to allegedly killing his dog by strapping explosives to the Labrador retriever’s neck and setting them off, according to the Skamania County prosecutor’s office.

Christopher Dillingham, 45, was pleaded not guilty to charges including possession of a bomb or explosive device with intent to use for an unlawful purpose — a felony in the state carrying a penalty of up to 20 years in prison if convicted. Other charges to which he also pleaded not guilty include animal cruelty, fireworks violation and reckless endangerment, according to prosecutors.

After his arraignment, Dillingham was returned to the Skamania County Jail, where he has been held on $500,000 bond since his arrest after the August 4 incident.

In a written affidavit, Deputy Jordan Ejde said that the animal was decapitated. Ejde’s report said Dillingham reportedly fed the animal dog treats to prevent it from trying to get the explosives off its neck, and Dillingham allegedly set off the explosives from behind a wall for his own safety. He said he made the explosive devices on his workbench out of black powder found in fireworks, the deputy wrote.

When deputies confronted Dillingham, he told them that he blew up the 3-year-old yellow retriever named Cabela because his ex-girlfriend had given him the dog and she had “put the devil in it,” according to Ejde’s affidavit. Dillingham said he was preparing for “the rapture” and that “the world is going to end” due to a nuclear strike, the deputy added.

Authorities did not initially file animal cruelty charges against Dillingham because, according to Ashley Mauceri, manager of cruelty response investigations for the Humane Society of the United States, Washington state law stipulates that “animal cruelty charges can be brought only if the animal suffered.”

The first investigators in Washington state “didn’t know if the animal suffered because death was instantaneous,” Mauceri added.

Mauceri said cases in which animals are killed or maimed with explosives or set on fire are “actually a lot more common than people think.”

Neither Dillingham nor his attorney could be reached Thursday. The case is scheduled to be back in court on August 29.