Police investigating cause of hillside blaze above Lagoon

FARMINGTON –Fire officials are investigating the cause of a fire that ignited on a Farmington hillside Friday night.

The Farmington Spine Fire is burning on about 75 acres near 100 North and Firebreak Road, and the flames could be seen climbing a hillside above Lagoon.

The fire is not threatening any structures. Officials said air resources have been making retardant drops on the fire Saturday. Personnel from seven different agencies worked to control the blaze and divert it away from homes.

Police did interview five people in connection with the blaze, but so far no one has been taken into custody.

"One individual was detained for a portion of the evening," he said. "And that individual has been released. They've not yet been cited. Charges have not been filed. I will say that in the particular area in question, there is a restriction or a ban against shooting in that Forest Service area."

Farmington fire officials said they could not confirm the fire was started by target shooting.

Check back for further updates. 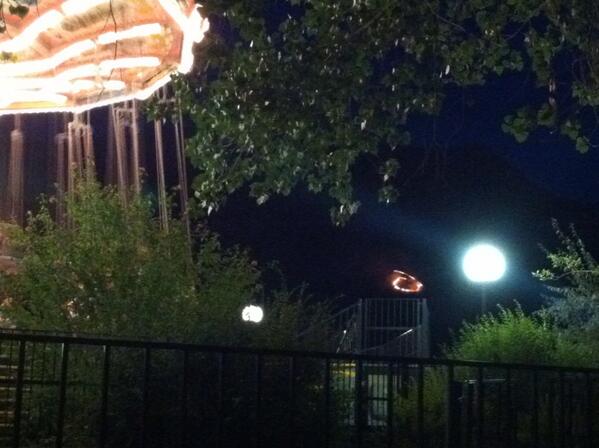