Firefighters responded about 10 p.m. to the Moyle Drive area, where a mudflow swept down Dry Creek Canyon. It came from the scorched earth above Alpine that was burned in the Quail Fire.

The bulk of the damage was at Brent Dix's home. Mud and water rushed past his fence, across his yard and into his home.

"It just went right at it," he told FOX 13 as he walked across his mud-caked lawn. "And, of course backed up, and that's where this mud came from."

Neighbors suffered damage, but Dix had two feet of water and about six inches of mud in his basement.

"The thing that was amazing is that this is probably a half-mile wide flow area that for some reason the water and mud just seemed to flow around the homes into the adjoining properties," said Lone Peak Fire Battalion Chief Joseph McRae.

The Quail Fire, which threatened homes and prompted evacuations, has also caused numerous instances of flooding.

"Last summer after the fire, it was like walking on moonscape," said Alpine Mayor Hunt Willoughby. "The grass and all that's growing there now has not established the deep roots, dead roots, a rebar system to hold it in place."

"It kind of tore a path through Lambert Park, picked its way between houses and ended up picking mine," Dix said.

As neighbors, friends and firefighters dragged furniture out of his mud-soaked basement to attempt to clean or just throw away, Dix said he had learned his homeowner's insurance policy would not pay for the damage. His insurance company told him surface water was not covered.

Uphill, city crews were clearing the channels again, just in case more flooding were to happen on Friday night. Weather forecasts were calling for storms over Alpine again, with the potential for flooding on Sunday.

"Everybody is a little on edge as far as the mountainside," said Carol Smith. "I've lived here 21 years and I've not seen this. It's a little bit nerve-wracking." 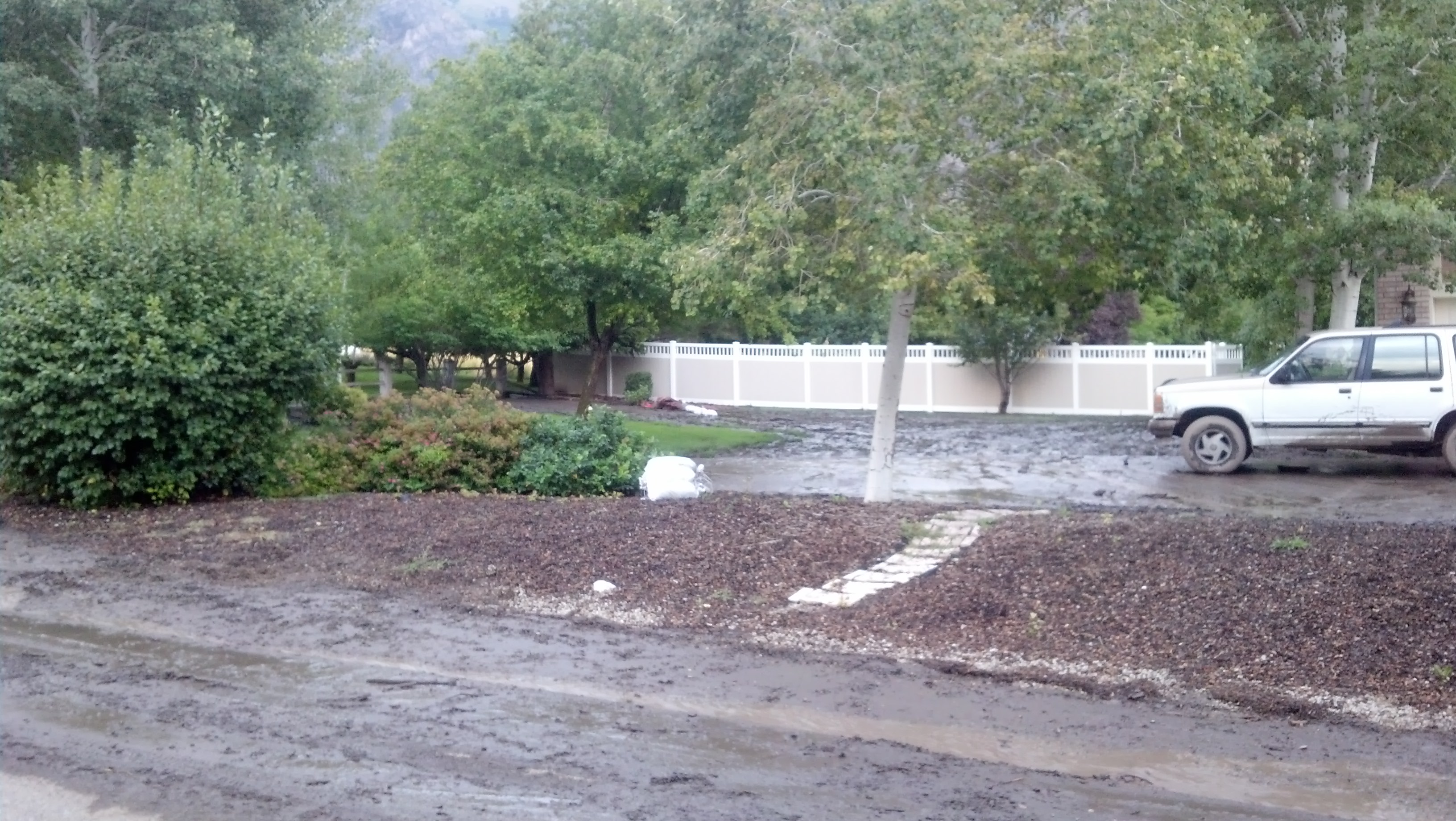