“As the investigation progressed, we became aware that these two individuals were extremists in their beliefs and were actively plotting to kidnap and kill at least one southern Nevada police officer,” said Lt. Jim Seebock with the department’s counterterrorism Section.

Their plan did not single out a particular officer or law enforcment agency, but was to be a “target of opportunity,” Seebock said.

“The suspects further believed once the first kidnapping and execution was accomplished, they would be compelled to keep repeating their actions — kidnapping and killing multiple officers,” he said.

During a sting operation, police said both Brutsche and Newman espoused the views of the sovereign citizens movement, which the FBI characterizes as “a growing domestic threat to law enforcement” and considers it “a domestic terrorist movement.”

The movement does not recognize the authority of federal, state or local governments.

“Sovereign Citizen is an ideology which in and of itself is fine,” Seebock said. “It’s when they profess that ideology in conjunction with criminal acts in violation of laws or to further their criminal acts (that) they come on our radar.”

Police say additional arrests and charges are possible in the ongoing investigation. 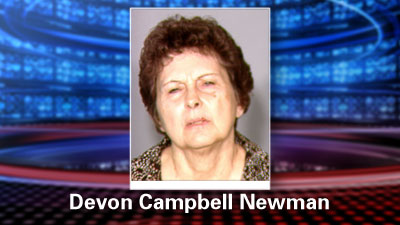