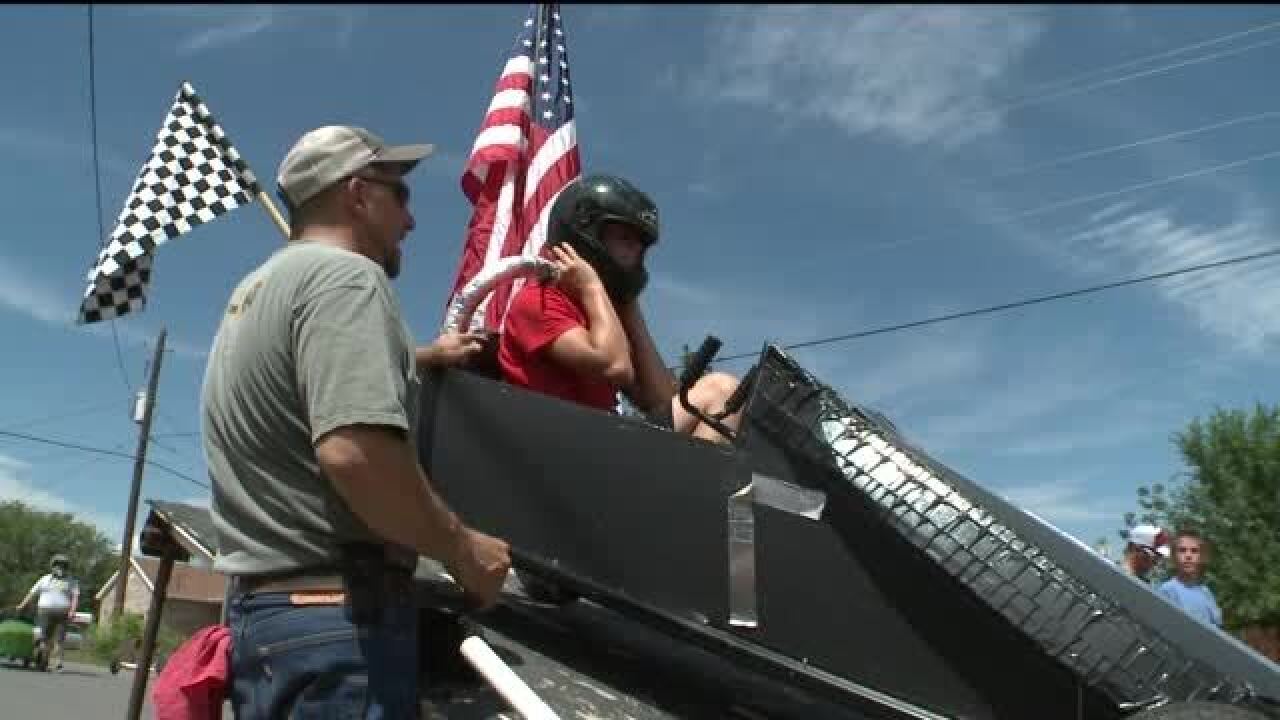 SALEM, Utah – A soap box derby was held in Salem Saturday, and the racers got their acceleration courtesy of the laws of gravity.

Shaun Black is the father of one of the racers, and he described the event.

“Basically it's a race where gravity is your engine,” he said. “It's basically just a heads up race… like drag race for little kids.”

Tate McConahay participated in the races, and he said the anticipation at the starting line can be intense.

“You sit up on the ramp, and you are just waiting for them to say go,” he said. “And they pull the lever, and you run down the ramp. It's kind of exciting.”

The derby cars reach speeds of about 15 to 20 mph. The races were the brainchild of Frank Leany, who thought it was a shame kids don’t get the chance to take part in soap box derbies anymore. Leany took the idea to the Salem City Council, and the event has become a tradition.

"We wanted to make a race where everyone was on a level ground, which is a poor metaphor for downhill racing,” Leany said.

Driver Andrew Jones said the race is not about winning.

“I think we are racing the clock,” he said. “We are racing just for fun. It's no competition. It's just for the fun of it.”