The incident began around 4 p.m. when a 12-inch line broke, and the water caused damages as garages and basements were flooded in the area near Walden Hills Drive.

Chief Russ Grove, Murray City Fire Department,  said fire crews shut off and slowed the water line, but he said it took crews all night to fix the problem.

Grove said the families in those four homes are dealing with flooding in their basements and garages. He said the damages to all four homes is estimated at about $60,000.

Homeowner Steve Burrows said more than 100 people came out to help divert the water, and many of them arrived within 10 minutes of the break.

"The people are fantastic," he said. "There was actually a human wall that was holding up a brace over on the edge of the street over there and diverting the water around the corner into the storm drain rather than trying to come across the street. And it was quite a sight, it really was."

Only two homes were severely damaged by the water. Burrows said his insurance won't pay for any of the cleanup, but he said Murray City does have an emergency fund that will help cover the costs. 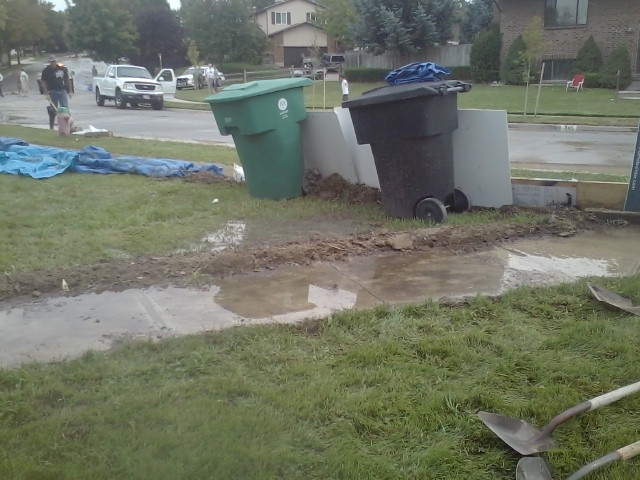