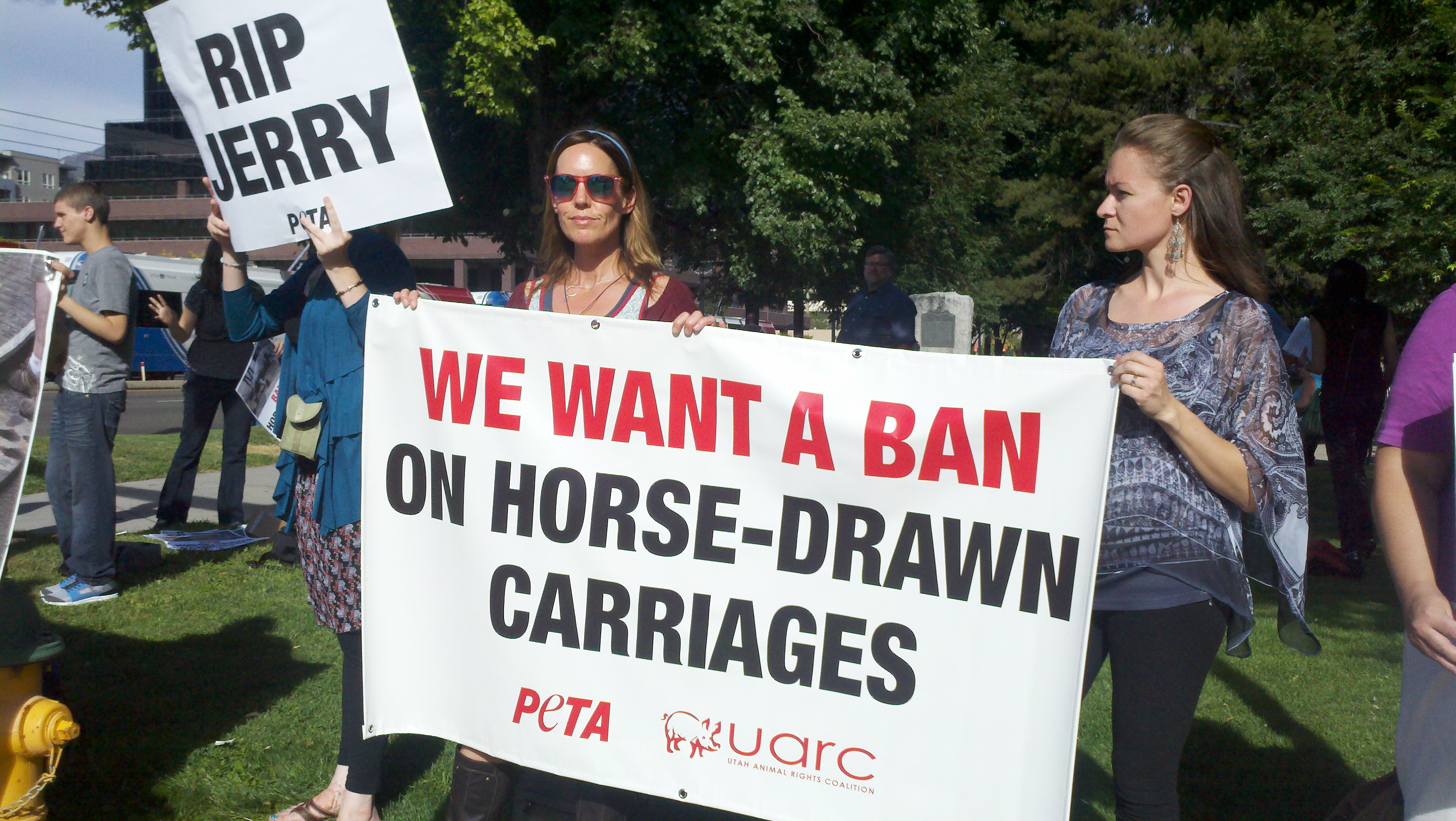 Approximately 50 people are attending a vigil for the death of a carriage horse Tuesday evening.

The Utah Animal Rights Coalition is holding the vigil for the horse Jerry who died Friday. The carriage horse garnered attention from people around the world after it collapsed earlier this month during a routine carriage ride.

Animal activists are protesting for the ban of the horse-drawn carriage businesses in Salt Lake City on the site where Jerry collapsed at 451 S. State Street.