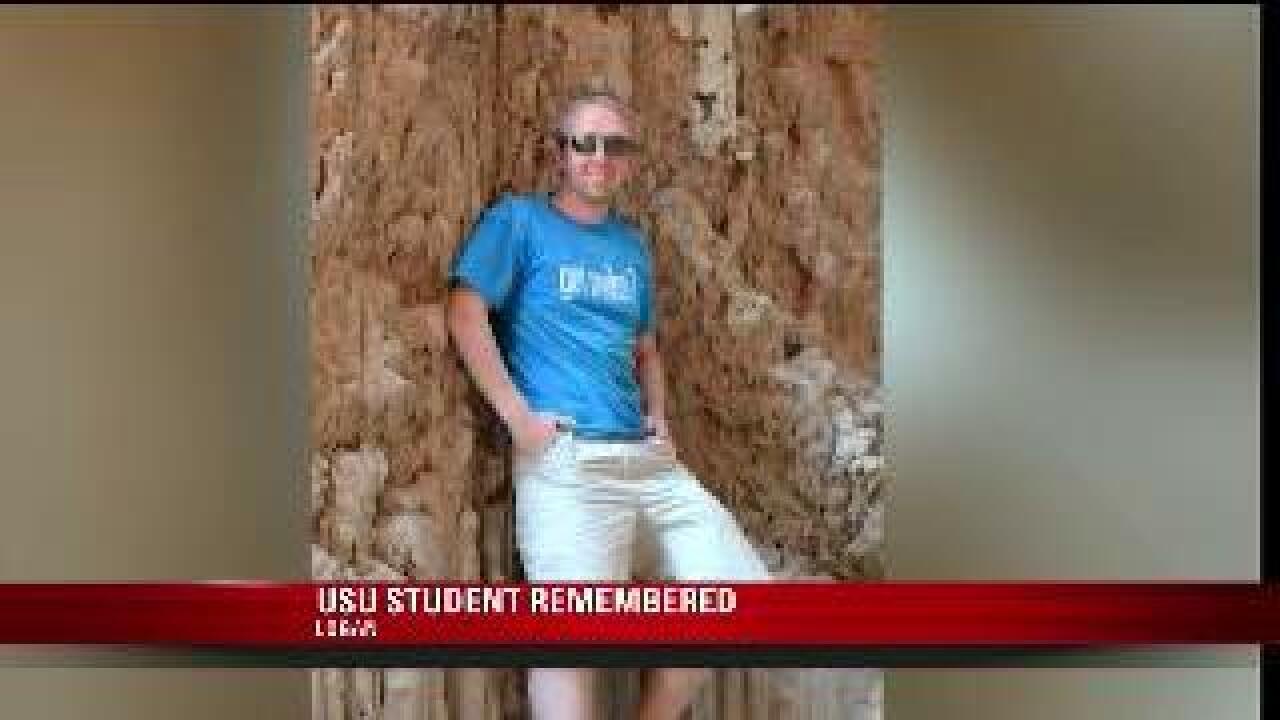 LOGAN -- The Utah State University marching band will be one trumpet player short this school year after the untimely death of one of its members Monday night.

Eric Anderson, senior, will be remembered as a guy quick with a joke and a big smile. He was just figuring out what he wanted to do with the rest of life – computer science or music?

“He loved music and everything about it,” said roommate Daniel Frandsen.

Anderson was riding his bike through the grass on campus down a steep hill when he hit a slack line tied between two trees, officials reported. He later died at an area hospital.

Frandsen said his roommate was one of the nicest guys.

“He was a friend to everybody and he was always there to help out anyone who needed help,” he said.

Anderson never got a chance to play his new instrument in the university’s band.

Students say people slack line around campus all the time, but it’s difficult to see the ropes from the side because they are only a couple of millimeters thick.

The accident is still under investigation but officials say at this point it looks like an accident.

University officials don’t plan to change policies right now saying it’s too early and everyone is still grieving. It’s something they may consider down the line.

Members of the marching band plan to pay tribute to Anderson by leaving his position on the band open all year.