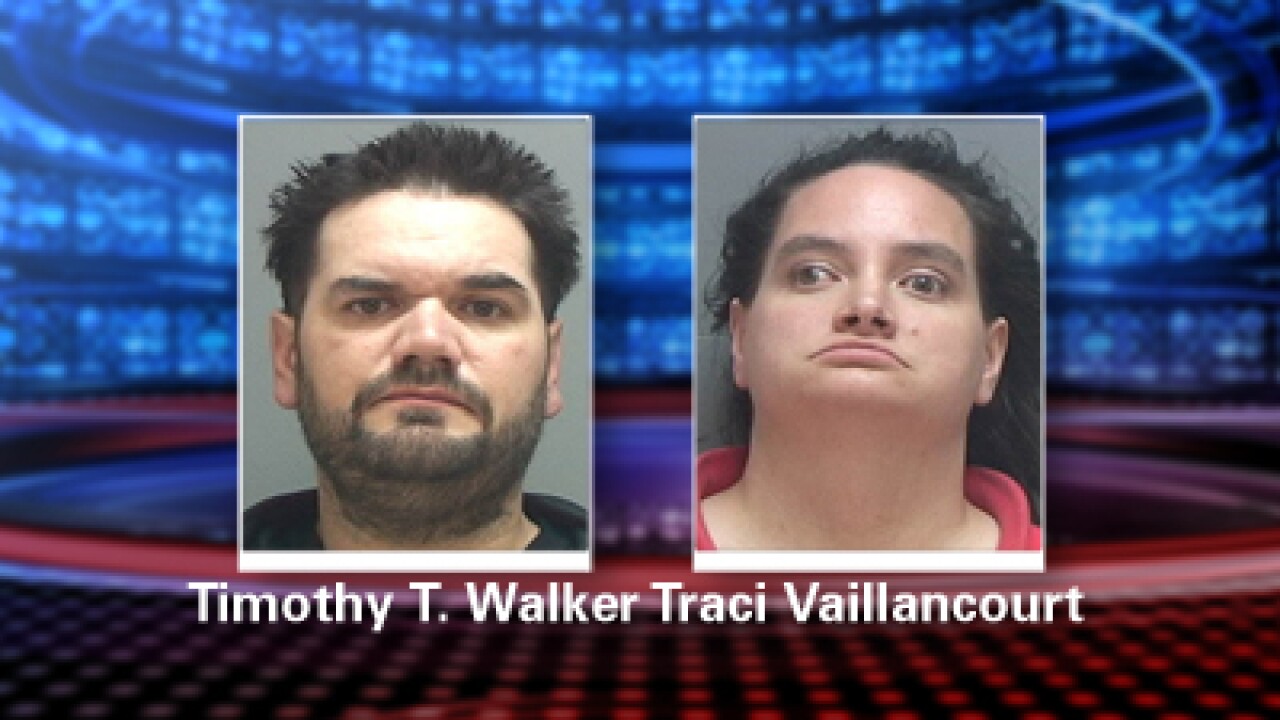 Unified Police have identified the couple connected to a Draper Police officer’s death.

Cops have been unable to interview 35 year-old Timothy Troy Walker and 34 year-old Traci Vaillancourt, who remain in the hospital in critical condition after police say Walker shot Vaillancourt then turned the gun on himself around the same time Walker allegedly opened fire on Draper Sgt. Derek Johnson.

Police are focusing on Walker as the alleged shooter and Vaillancourt as a victim.

Johnson spotted the couple’s silver Volvo Sunday morning parked in an odd manner and police say Walker opened fire before Johnson could even get out of the vehicle.  However, the motive for the shooting remains a mystery.

On Sunday morning, Sgt. Johnson pulled up to the couples' vehicle which was parked in an odd manner and police say Timothy Walker opened fire before Sgt. Johnson could get out of his squad car.  The officer later died from his injuries.

"Sgt. Johnson was on routine patrol and was essentially gunned down in the seat of his patrol car," said Sheriff Jim Winder with the Unified Police Department.

Police say Walker and Vaillencourt were homeless, living out of a vehicle.  She has a felony theft conviction from 2004.  He's been busted for drug possession and had a warrant out for his arrest at the time of the shooting for failing to appear in court on August 7th.  However, as police previously indicated, their records are “routine,” a stark contrast to what’s now alleged.

"My heart just really goes out to the families of the shooter and the families of the victim," said a Draper resident who simply wanted to be identified as “Alisa.”  She lives on the same street as Timothy Walker's last known address, near 120th South, 14th East in Sandy.  Neighbors say Walker’s mother lives in the home.

Court records show Sherrie Walker was granted guardianship of a child, possibly her son's.  Neighbors feel for Ms. Walker after hearing her son is the prime suspect in a cop's murder.

"My heart goes out to her,” said Alisa.  “Anything that the neighborhood can do to help the family and bring healing about we should do."

Unified Police are still working on a search warrant to go through the couples’ vehicle.

Members of Sgt. Johnson’s family did not issue a statement after the couple was identified.  They’re focused on the officer’s funeral which is scheduled for Friday at 11 a.m. at the Salt Palace.  Draper City officials say the funeral’s location may change since the Salt Lake Comic Con event is also taking place Friday at the Salt Palace.

If you’d like to help Sgt. Johnson’s family with funeral expenses, an account has been set up at Wells Fargo bank for the “Sgt. Johnson Memorial Fund.”