BOUNTIFUL, Utah -- A semitrailer truck flattened a car and damaged a home in Bountiful Thursday.

The South Davis Metro Fire Department said it happened at 400 North and 1025 East in Bountiful.

Crews said a semitrailer truck hauling about 89,000 pounds of sand was driving east up a hill on 400 North when it lost control and rolled backwards into a home, crushing a car and downing three power lines along the way.

The homeowners were in the house at the time of the crash, but no one was injured.

Power has since been restored to the area.

South Davis Metro Fire Department tweeted just before 8 a.m. that 400 North could be closed for up to four hours. 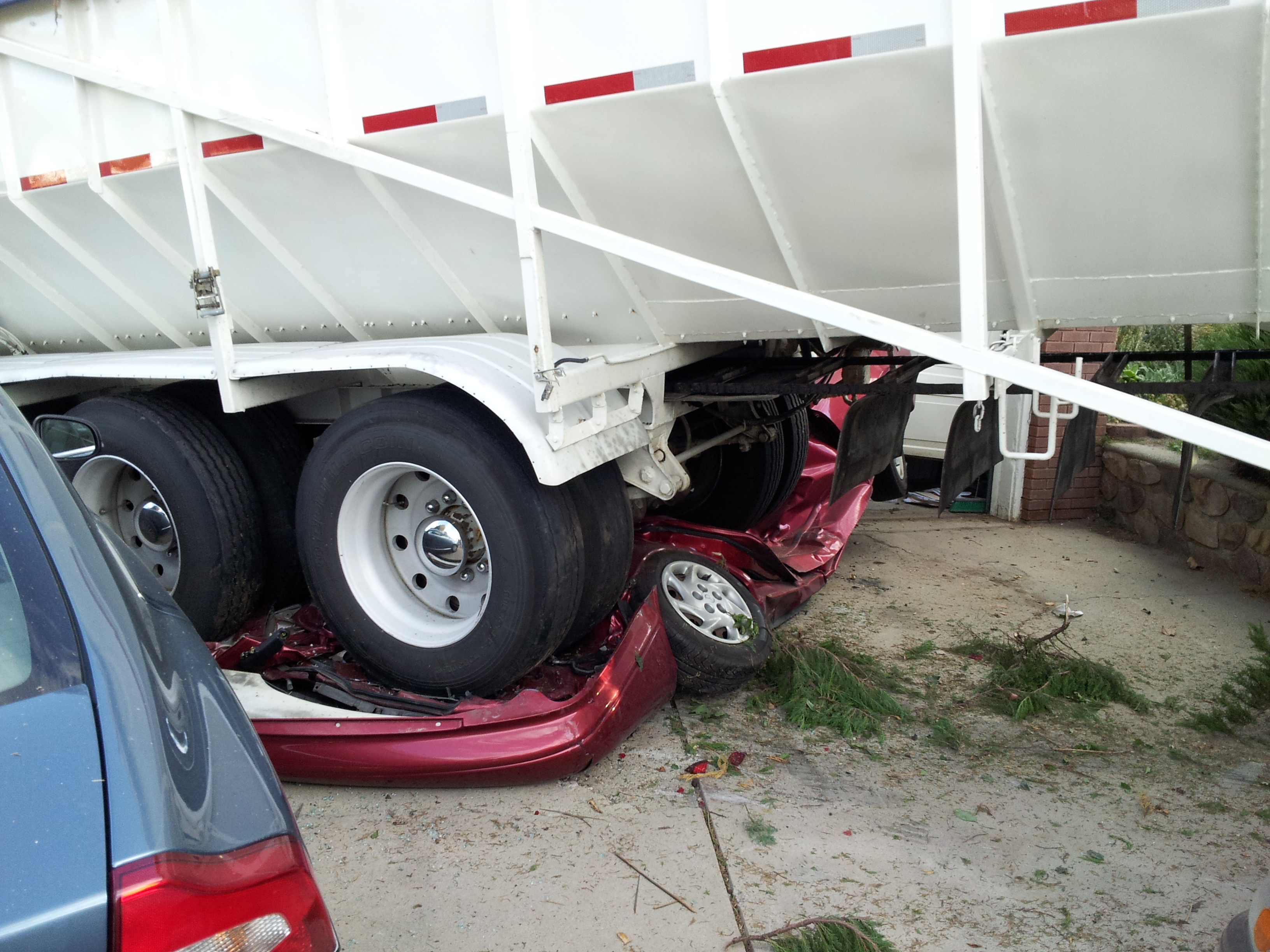