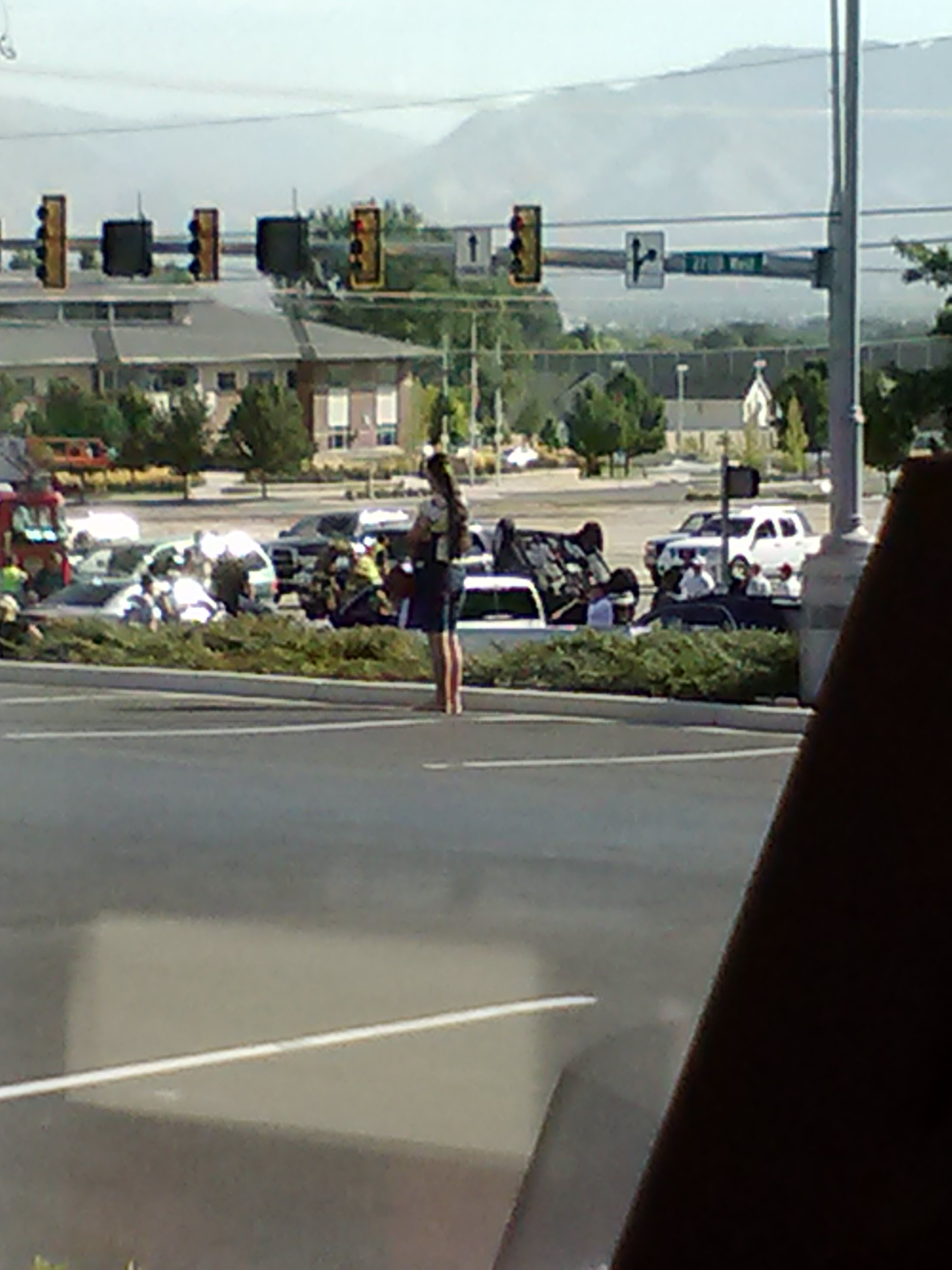 TAYLORSVILLE, Utah — Two people were injured in a seven-vehicle crash Saturday that shut down the intersection of 5400 South and 2700 West in Taylorsville.

According to Unified Police, a black SUV was traveling east on 5400 South when it collided with a blue Pontiac and a gray BMW at the intersection with 2700 West. The BMW spun and hit a gray Trans Am.

The black SUV became airborne and hit a minivan stopped at the light on 2700 West. The SUV also hit a black GMC Yukon stopped in the lane behind the minivan.

A white truck stopped next to the minivan was also struck and sustained damaged from debris.

“First i saw the car in front of me spin and then watched the SUV roll twice on its side and land upside down,” said Chris Rowley, who witnessed the crash. “[The SUV] rolled and hit the van, and then rolled and spun one more time and hit the GMC.”

The Crash Analysis and Reconstruction (C.A.R.) Team is investigating to determine if any citations will be made.

The accident occurred at approximately 10 a.m.