Crews save man from racing currents of Colorado flood 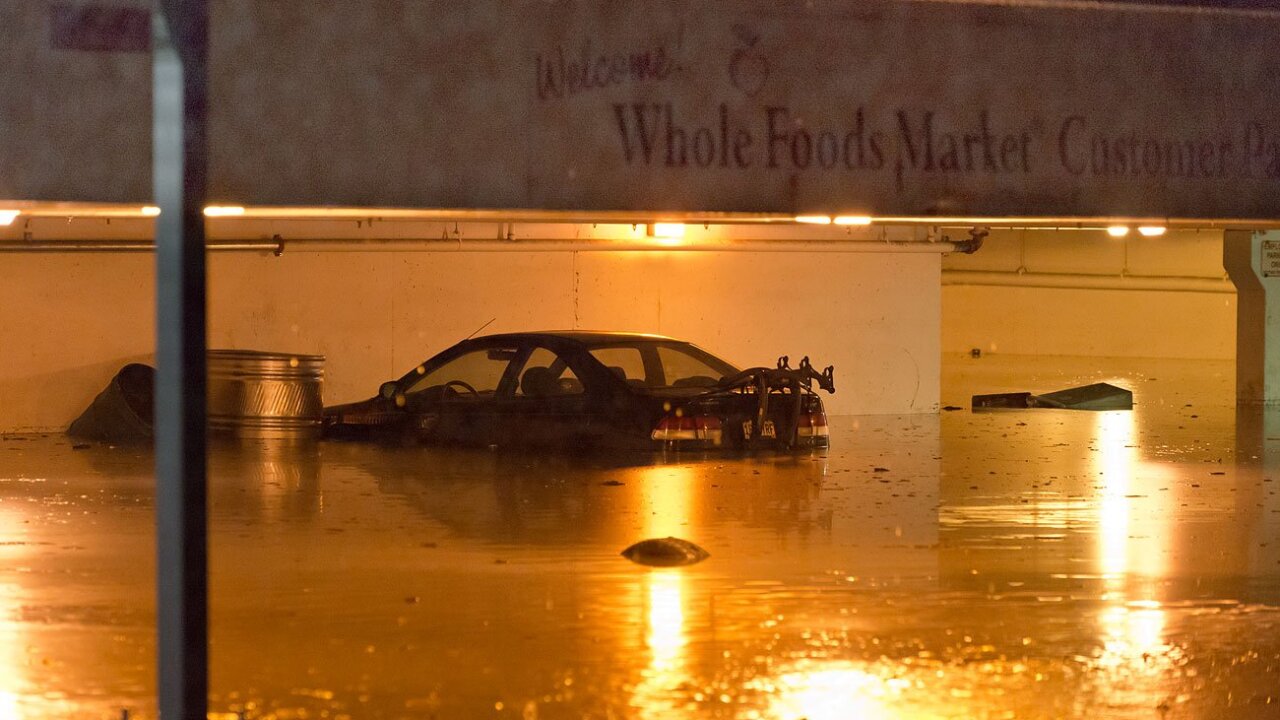 The scene unfolded in video from CNN affiliate KCNC after a night of torrential rain that left at least two people dead amid rock slides and flash flooding that collapsed homes, put dams at risk and forced hundreds of people to evacuate.

Firefighters on a yellow dinghy bobbing in the swift waters rescued the man from the overturned car about 12 miles southeast of Boulder.

Video from KNCN also showed two other vehicles, one dangling from the edge of a washed-out road, the other in the water beneath what appeared to be a telephone pole. The station said two people were rescued earlier and taken to a hospital.

In a separate incident, one person died after being trapped in a collapsed building, in Jamestown, Boulder County spokeswoman Gabbie Boerkircher said.

The circumstances of the other death weren’t clear early Thursday, but the Colorado Springs Fire Department said on Twitter that the body had been recovered by a “heavy rescue team.”

Numerous other buildings had collapsed, but it was unclear how many or if there were any other injuries, Boerkircher said. A rock slide was hampering access to the site.

About 20 miles north of Boulder, in Lyons, water was flowing over the tops of five dams, Boerkircher said. The dams had not broken, but emergency officials were monitoring them very closely, she said.

Officials urged residents in the county of 305,000 people to stay home and off flooded and sometimes impassible roads. City and county offices, as well as the University of Colorado-Boulder — where minor flooding was reported — were closed Thursday.

The school had to move more than 400 graduate students and research faculty members from family housing units because of flooding, a spokesman said. The school also had to relocate 13 undergraduates from two residence halls, the spokesman said. No injuries were reported on campus.

The chaos is the result of the enormous rainfall overnight — around 7 inches in Boulder, CNN meteorologists said.

“The rain, it almost feels like hail, the drops are so thick,” University of Colorado-Boulder student Ryan Colla told CNN affiliate KUSA. “It just keeps coming and coming, and when you think it’s going to subside, it’s going to rain down harder.”

The sudden influx of water turned Boulder Creek — which runs through the city and the university campus — into a high, fast, muddy and dangerous torrent, Colla told the station.