The accident happened around 5 a.m. near Exit 111.

Officers said no one was injured, but there's a lot to clean up. They said the truck was hauling two trailers carrying 43 tons of cement.

The Morgan Fire Department said fuel was leaking out of the truck, but they were able to shut off the valve quickly.

Utah Highway Patrol Troopers said the 65-year-old driver had just left Holcim Cement and was heading to Logan. Investigators said the driver became distracted reaching for medications under his seat. They said he veered to the right and lost control, causing the semitrailer to overturn and crash.

"Water did get into the cab, at this point I don't know exactly how deep it was," Hayes said. "Obviously he was able to climb out with a little bit of help. The driver does have a few medical conditions, but none of those played a factor in the crash today."

Hayes said the driver will be cited for not maintaining his lane of travel. 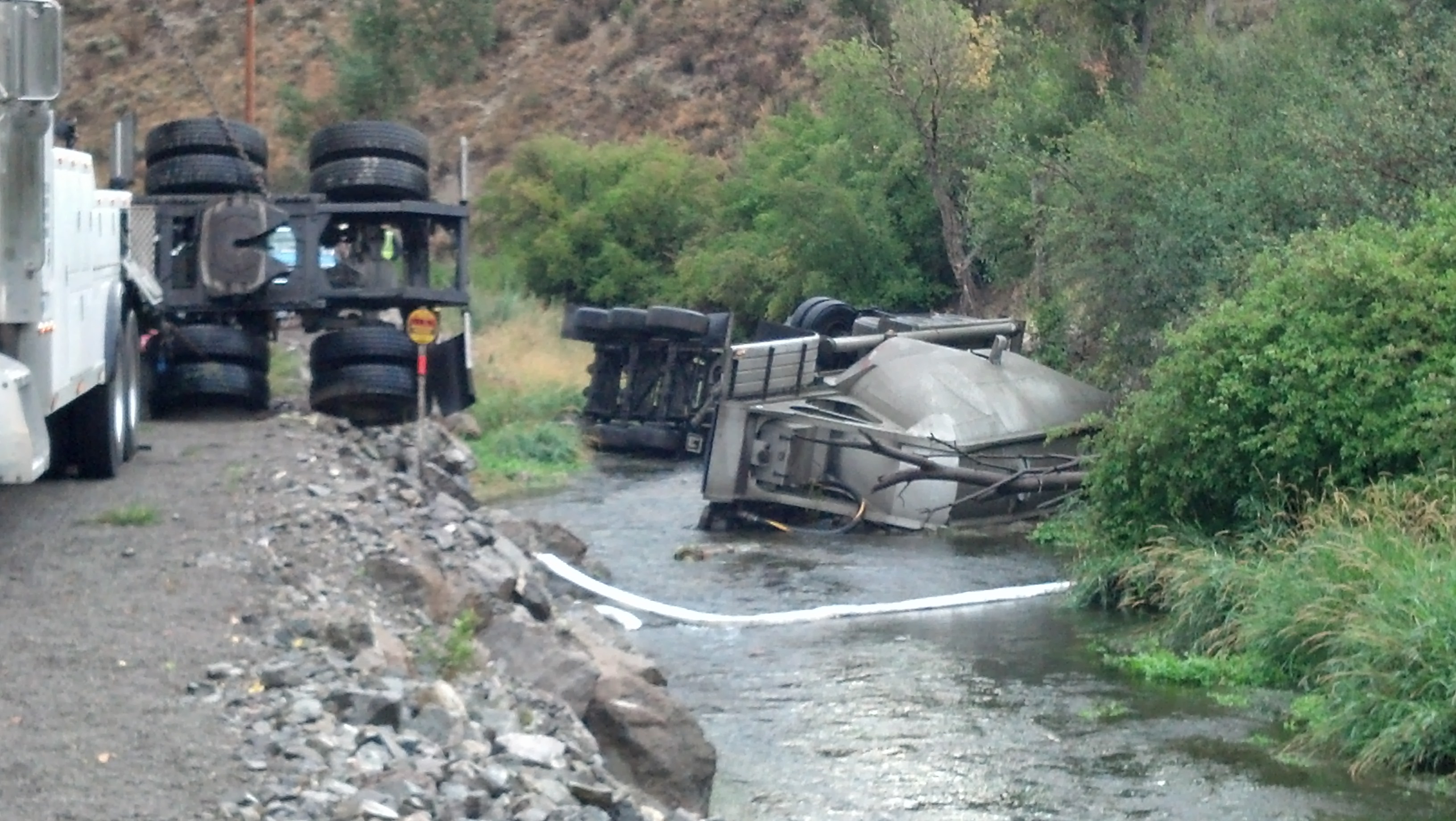